Classic Canadian legal conundrum connected to issue of what it means to be a good neighbour. Canadians have been suing each other over slippery sidewalks for decades. Last year, B.C.’s top court gave a definitive ruling to say that property owners are not liable for accidents that happen because of poor snow clearing.

If you’re crafting a legal strategy to ruin the homeowner whose unshovelled sidewalk led to your broken limb during B.C.’s latest snowmageddon, spare a thought for Darwin Der.

The Burnaby man went all the way to B.C.’s Court of Appeal with a lawsuit against a couple he blamed for his slip on the pavement out front of their house — only to have the province’s top court issue the final word last year on a classic Canadian legal conundrum.

The appeal court judges found once and for all that property owners do not owe a “general duty of care to take reasonable care with respect to the removal of snow and ice from sidewalks adjacent to their property.”

It was a decision grounded in precedent established by wounded pedestrians from coast to coast to coast — one that harkens back to a question that has plagued judges for decades: What exactly does being a good neighbour mean?

“Ninety years ago, our law became that one has a duty to look after their neighbour,” says Ryan Dalziel, the lawyer who handled Der’s challenge.

“When it comes to compliance with safety-based bylaws for clearing sidewalks in front of your home, I say with all due respect to courts, judges and others of a different view, what is this if not taking care for one’s neighbour?”

‘I could not move’

Der and his wife were walking home from a grocery store with a dozen eggs on Dec. 21, 2017, when the then-76-year-old slipped on the corner of the sidewalk outside of a home belonging to Ang Zhao and Quanqiu Huang.

According to an affidavit, Der’s feet slid out from underneath him.

“When I regained some level of awareness, I could feel pain in my shoulder, neck and back, and I could not move,” the affidavit said.

Zhao and Huang moved into the home in front of the sidewalk on the day Der fell.

An accident reconstruction expert said the Lower Mainland cycle of freezing and thawing that followed likely left the pavement vulnerable to the kind of melting that later leads to black ice.

Der claimed the couple should have foreseen that the weather might turn the bare sidewalk into a skating rink.

The judge who heard the case in the lower court rejected Der’s argument, pointing out that finding homeowners liable for injuries suffered because they did their civic duty the wrong way would mean  “property owners would have an incentive not to make any efforts to comply with snow removal bylaws.”

In his appeal, Der argued that property owners should have a duty of care to the people walking past their homes.

Although dozens of judges have considered similar situations, the B.C. Appeal Court became the first to conduct a legal test specifically designed to test the limits of legal responsibility between individuals. 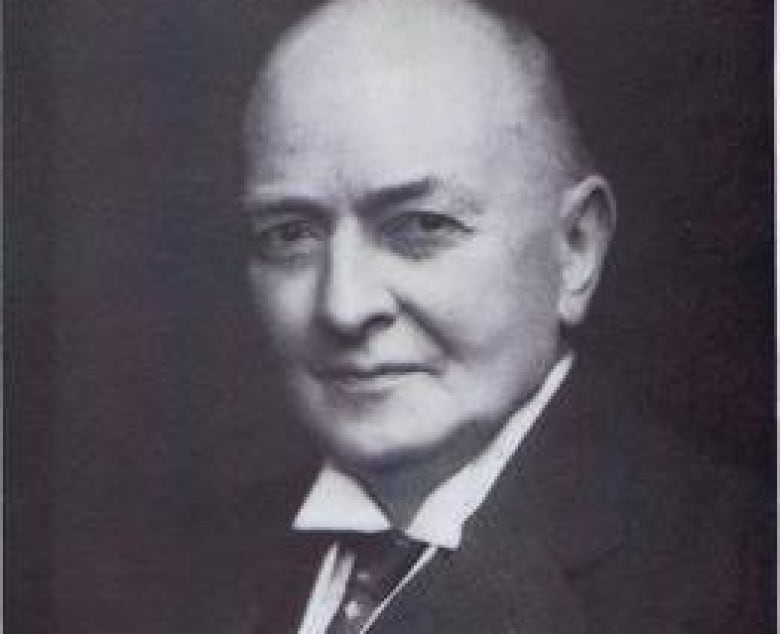 Lord James Atkin is credited with coming up with the ‘neighbour principle’ that explored the liability strangers have to each other for ‘acts or omissions’ that might do them harm. (Wikipedia)

The ruling cites the so-called neighbour principle established in 1932 by the British House of Lords in what’s widely known as the “snail in the bottle case” — because it began with a Scottish woman who sued when she was shocked and sickened after finding a decomposed snail at the bottom of her bottle of ginger beer.

“You must take reasonable care to avoid acts or omissions which you can reasonably foresee would be likely to injure your neighbour,” Lord James Atkin said at the time.

“Who, then, in law, is my neighbour? The answer seems to be persons who are so closely and directly affected by my act that I ought reasonably to have them in contemplation as being affected when I am directing my mind to the acts or omissions which are called in question.”

The B.C. Appeal Court judges found no reason to fault the widely cited logic of a judge who considered the “neighbour principle” in relation to snow clearing in 2000 in the case of a woman who fell on a sidewalk north of Toronto.

“It would stretch it too far if it was applied in the circumstances of this case. A homeowner has a duty to ensure that his or her own property is maintained in a reasonable condition so that persons entering the property are not injured,” the judge in that case said.

“The snow and ice accumulating on public sidewalks and the potholes on the street in front of the house are the legal responsibility of the municipality, not the adjacent property owner.”

‘Not sufficiently close and direct’

Courts have found exceptions involving business owners who fail to clear a portion of the sidewalk that they effectively use as a corridor to usher customers into their stores.

In that situation, the business becomes an occupier of the public space.

In 2017, Ontario’s Court of Appeal found Starbucks liable for a slice of pavement directly adjacent to a patio entrance.

But B.C.’s Appeal Court judges found “the relationship between a pedestrian and residential property owner is not sufficiently close and direct to make it just and fair to impose a duty of care.”

They found that homeowners are not like managers of cafes or restaurants who actively court customers to walk the sidewalks leading into their businesses.

The case was not appealed — meaning the nation’s top court, the Supreme Court of Canada, will not have the chance to weigh in.