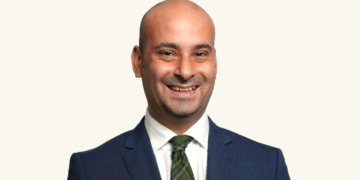 It's great preparation for politics, says Frank Caputo, the newly minted Member of Parliament for Kamloops–Thompson–Cariboo. 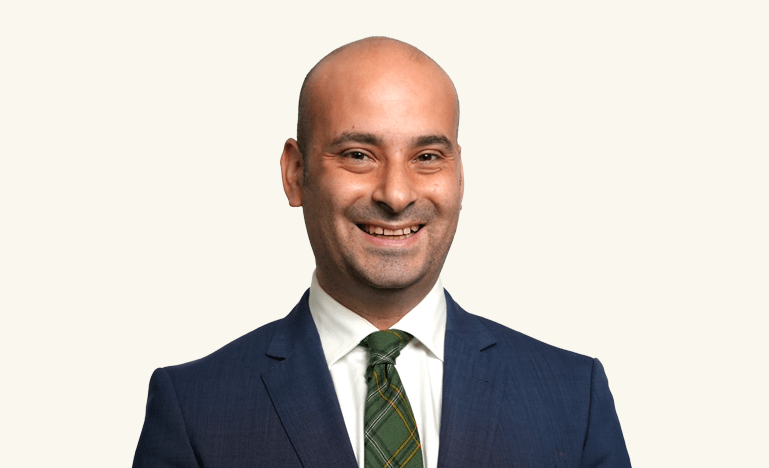 Analytical skills, an understanding of legislation, and an ability to see the big picture on issues are some of the legal skills Frank Caputo has called upon since he was elected MP in September 2021.

“Once you’re a lawyer, you’re always a lawyer,” he says. “You don’t leave that behind. You build on it.”

The strong communication skills he relied on as a lawyer have certainly helped, but they will only get you so far, he says, since “speaking as a lawyer versus speaking as a politician are such different things.” Caputo learned as a Crown prosecutor to think on his and feet and respond quickly. “It’s a really crucial skill and it takes a lot of time to learn,” he adds. “In court, you want to look like you’re very calm, composed and comfortable with submissions you’re making,” he says. “The same goes for public office.”

Caputo was passionate about the law from a young age and first considered joining the RCMP. “I always had law on my heart, even as a teenager,” he says. While working on his criminology degree at Simon Fraser, Caputo was fascinated by the second trial decision of Saskatchewan farmer Robert Latimer, who was convicted of killing his disabled daughter in what he claimed was an act of mercy. “I remember discussing it in class, thinking about it. I remember thinking I may just go to law school.”

After graduating from the University of Saskatchewan with an LL.B. in 2007, Caputo articled at McCarthy Tétrault and planned to go into litigation, but moved to Kamloops to practise at a nine-lawyer firm. He subsequently attained a Masters degree in consumer law at the University of Alberta in 2011. After opening his own law firm doing auxiliary contract work for the Crown and other legal work, he became a permanent Crown prosecutor in 2013. Caputo also taught business, sociology and law at Thompson Rivers University in Kamloops.

Politics was another area that had been of interest to Caputo for many years, “and you can’t ignore something when it’s on your heart for that long.” But, he adds, “I didn’t really know how to harness that or where that would go.” After getting his Masters degree, he joined the board of directors of his local Conservative Party, eventually becoming vice president for three years and then president for the next three years. When his riding’s Conservative MP stepped down, he threw his hat in the ring and ran against three other hopefuls for the position. On August 8th, six days after he was selected, the federal election was called and he took an unpaid leave from the Crown’s office to run for MP.

Caputo immediately started campaigning as a relative unknown in the riding. He knocked on doors and attended community events in a riding he describes as widespread, covering almost five hundred kilometres with a population of roughly 120,000. Although the Conservatives have long held the riding, he took the view that “you should never take anything like this for granted. You should campaign as though you’re in last place, trying to meet as many people as possible.”

The vast majority of people he met while campaigning were very friendly, but not all. “As a lawyer you refer to your opposing counsel as your friend but that doesn’t always extend to people who meet you [as a politician]. Sometimes they have a legitimate reason to be angry and you just have to take that in stride.”

Since the election, Caputo has been busy attending meetings and getting to know every mayor in the various cities in his riding. “We also have a number of indigenous reserves, so I made it a point to reach out to each Kúkpi7 (chief). As an MP, it’s important to be there to represent my constituents and to listen.”

On top of keeping up with the huge amount of information and updates that continually come in to his office, Caputo finds the hardest part of being a federal politician is the country’s division of power since he’s not always able to assist his constituents with specific issues. “Some people think well, federal politics trumps provincial politics so you can tell the provinces what to do. And that’s just not the case.” Although he may not be able to help them with municipal or provincial matters, he makes sure to point them in the right direction for assistance.

Caputo says he has always taken his oath and ethics as a lawyer very seriously and is bringing that mindset to politics. “I think that’s an excellent preparation because as a Member of Parliament you are called to a higher ethical standard and that’s something that I really do want to maintain.” As a prosecutor, one of his focuses was on internet and sexual offences against children and he hopes to make changes to that area. “That will be where my first private member’s bill will be going.”

In November 2021, Caputo was named by Opposition Leader Erin O’Toole as Shadow Minister for Veterans Affairs and Associate Shadow Minister for National Defence, which he describes as a good surprise. He estimates his new responsibilities will increase his workload by 30 to 40 percent.

So far, Caputo has found his new position to be an “invigorating” experience. “People have been so welcoming across party lines. My view is that you have to be an MP to all or you’re an MP to none.”

Ann Macaulay is a Toronto writer and editor.