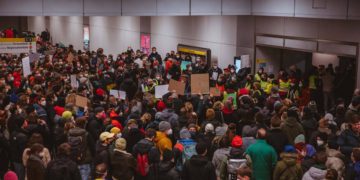 Canada has designed a system with the potential to welcome millions of Ukrainians fleeing war to Canada, Immigration Minister Sean Fraser said Thursday, as the government opened applications. 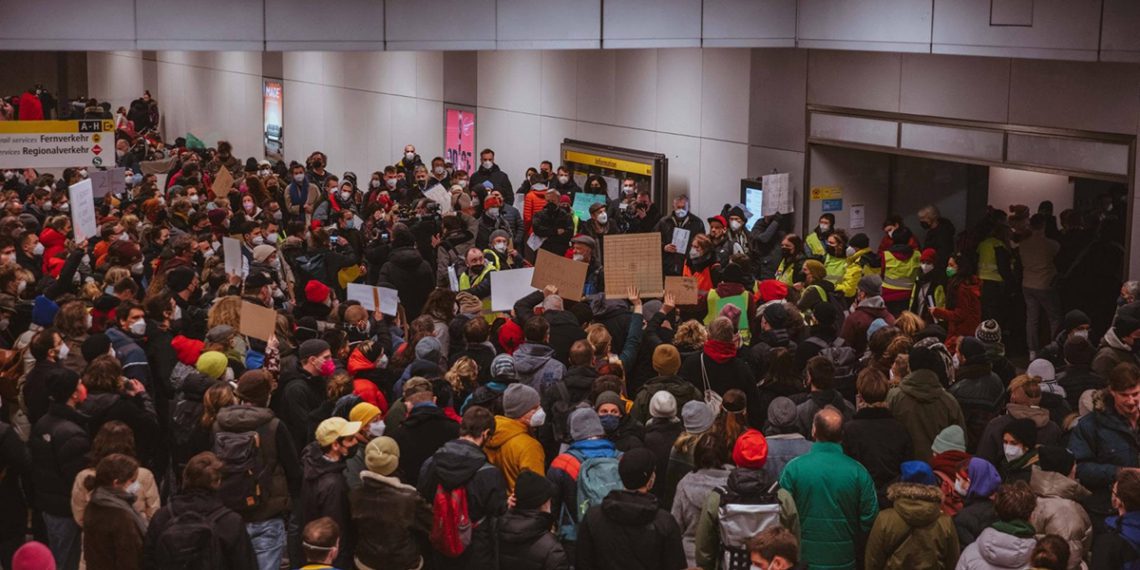 Canada has designed a system with the potential to welcome millions of Ukrainians fleeing war to Canada, Immigration Minister Sean Fraser said Thursday, as the government opened applications.
The program, which marks a major departure from Canada’s typical refugee policy, allows an unlimited number of approved Ukrainians to find refuge from Russian aggression in Canada for three years while they decide their next steps.

The allowed stay was extended to three years from two before applications opened. The government has also offered eligibility to family members of Ukrainian nationals, regardless of their own nationality.

The program is based on Canada’s tourism stream, which can accommodate more than two million visitors per year.

“This is the kind of thing that will allow us to adjust in response to increasing demands,” Fraser said in an interview.

It’s hard to predict what the uptake will be, since many refugees have said they want to remain close to their country to wait out the outcome of the war. Fraser’s best guess so far is that there will be tens of thousands of applications.

So far 9,000 Ukrainians have arrived in Canada since January, after their applications were expedited.

In an email to Global News Thursday, the Canada Border Services Agency (CBSA) confirmed that 3,368 Ukrainian nationals arrived in Canada between February 21 and March 13. The number includes Canadian permanent residents.

The government says more details about settlement plans for those people fleeing to Canada will be released soon, but so far have set up a job board where employers can post jobs available to the temporary refugees.

The UN refugee agency, UNHCR, says three million people have fled Ukraine since Russia’s attack on the country began, and the vast majority are women, children and older adults.

The government expects applications will take about two weeks to process for standard, non-complex cases.

Fraser said the government is already working on chartering flights to bring Ukrainians to the safety of Canada, but the plan is fraught with challenges since refugees aren’t centralized in one spot, but are spread across neighbouring countries.

“We want to make sure that your ability to pay for a plane ticket does not determine whether you qualify for this program, which was motivated by humanitarian, not economic, principles,” he said.

Ukrainians who already have temporary status in Canada have also been invited to extend their stay for up to three years.

So far the temporary program only applies to Ukrainian citizens and their families, but Fraser said that could change. He said he’s considering options to bring non-Ukrainian citizens who’ve fled the violence to Canada, but didn’t want those considerations to slow down efforts to bring others to safety.

That could include refugees from other countries who were living in Ukraine when Russia attacked.

The Immigration Department has moved staff, supplies and equipment to Europe to speed up applications and make the system more accessible for refugees.

Fraser has promised a program to allow Ukrainians with family in Canada to settle in the country permanently, but the timelines on that program remain uncertain. He said the government is still in conversations with the Ukrainian Canadian community.

“I think it’s possible to develop this over the next number of weeks, or if it needs to take a little bit longer to make sure that we nail a program design down that reflects the needs of the people who are going to be using it, I’m OK with that,” he said. “That program is not meant to allow people to escape the war. That’s meant for them to resettle in Canada permanently.”

In the past, Canada has been hesitant to provide temporary refuge to people from countries in conflict, since it is uncertain they would leave when their temporary status expired.

Fraser said this conflict demanded a different solution because of the massive number of people who were displaced in such a short time.

Still, he said it would be “foolish” not to take advantage of the lessons learned during this conflict.

“If future crises have similar facts, we could look at replicating this approach, to the extent that this program appears to be successful,” he said.