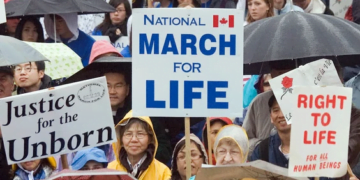 Connie Brauer sought an injunction stopping all abortions, a ban on funding of abortions and $500 million in punitive damages 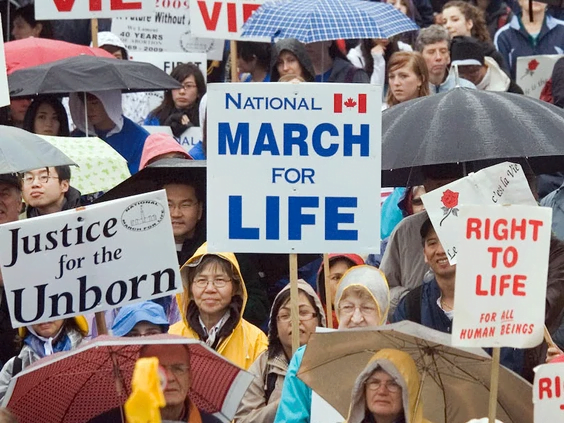 The Federal Court of Appeal rejected a constitutional challenge of Canada’s abortion laws, saying the long-time abortion opponent’s case was built on moral opinions and not legal proof or material facts.

Part of Connie Brauer’s legal complaint was that the government stamps out “any dissent” against abortion and anti-abortion protests are restricted. Connie Brauer sought an injunction stopping all abortions, a ban on funding of abortions and $500 million in punitive damages.

The self-represented Nova Scotia woman sued the federal government in 2019 and has refused to let her case die.

In her statement of claim she alleged the government “was engaged in Mass Genocide by allowing mothers and abortion doctors to abort their unborn babies.”

Brauer complained that “any dissent” against abortion was stamped out by the government, anti-abortion protests were restricted, and organizations were denied federal youth summer job grants under rules that applicants are not opposed to abortion access.

In her suit, she claimed abortions violate Canada’s Charter of Rights that guarantees the right to life, liberty and security of the person, as well as the United Nations Declaration of Human Rights.

She also added protection from discrimination for people who are anti-abortion to her list of remedies sought from the court.

The government, in response, asked the Federal Court to dismiss her claim, saying it failed to disclose a reasonable cause of action and was scandalous and vexatious.

(A prothonotary is a junior judicial officer who has many of the powers and functions of a judge in case management, mediation, some motions and trials.)

Brauer’s claims, the prothonotary said in a decision in June 2020, were “bare assertions and conclusory statements” that failed to set out facts necessary for a court action. Her Charter challenge did not outline how a constitutional breach had occurred and there was no evidence Brauer had suffered damages because of abortion laws.

“Even generously read, it is impossible to discern what, if anything, the Defendant has done which would have caused injury and loss to the Plaintiff,” the 2020 decision said.

Brauer appealed that decision, saying her claim only looks incomplete because abortion information is hidden and requires “a court ordered police investigation to find out everything.” She said a court challenge was the only way, because political leaders refuse to re-open the abortion debate.

In August 2020, Justice William Pentney dismissed her appeal, saying she had only re-argued her complaints without articulating any legal errors in the prothonotary’s decision.

“The Plaintiff has made very serious legal claims, and the law rightly requires that such assertions be backed up with reference to specifics and not based on mere assertions or generalities,” Pentney wrote.

“The decision to strike the Amended Statement of Claim was not because of some technical failing in the pleading such as the absence of a particular vital fact. Rather, it was because of the absence of material facts relating to all aspects of the claim.

“The Court generally shows flexibility when a party is self-represented, but this does not exempt the party from complying with the rules.”

Despite her resounding losses, and court orders to pay the government modest legal costs, Brauer pressed ahead with another appeal, taking her complaints to the Federal Court of Appeal.

She got no more traction there.

“Her notice of appeal does not identify specific errors in the Federal Court’s decision, but does respond to its findings by claiming that her cause of action is to protect lives and that it is immoral to consider her claims scandalous or vexatious,” Justice J.D. Denis Pelletier wrote in a decision released this week.

“Her memorandum repeats, in various ways, her claim that by allowing abortions to be performed, Canada is illegally killing babies.”

Pelletier dismissed the appeal and ordered Brauer to pay the government $1,000 in court costs.

“Ms. Brauer seeks to advance a moral objective and insists that the legal system is bound to permit her to do so. Ms. Brauer has the right to seek to advance her objective but if she wishes to use the courts to do so, she must comply with the Rules and the applicable substantive law,” Pelletier wrote.

Privacy Implications of an Open Banking System in Canada