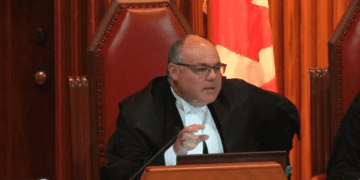 The Ontario Crown got a rarely seen tongue-lashing at the Supreme Court of Canada in what might serve as a lesson in “what not to say” when trying to persuade the judges to modify their own recent constitutional jurisprudence — in this case the speedy trial blockbuster, R. v. Jordan. 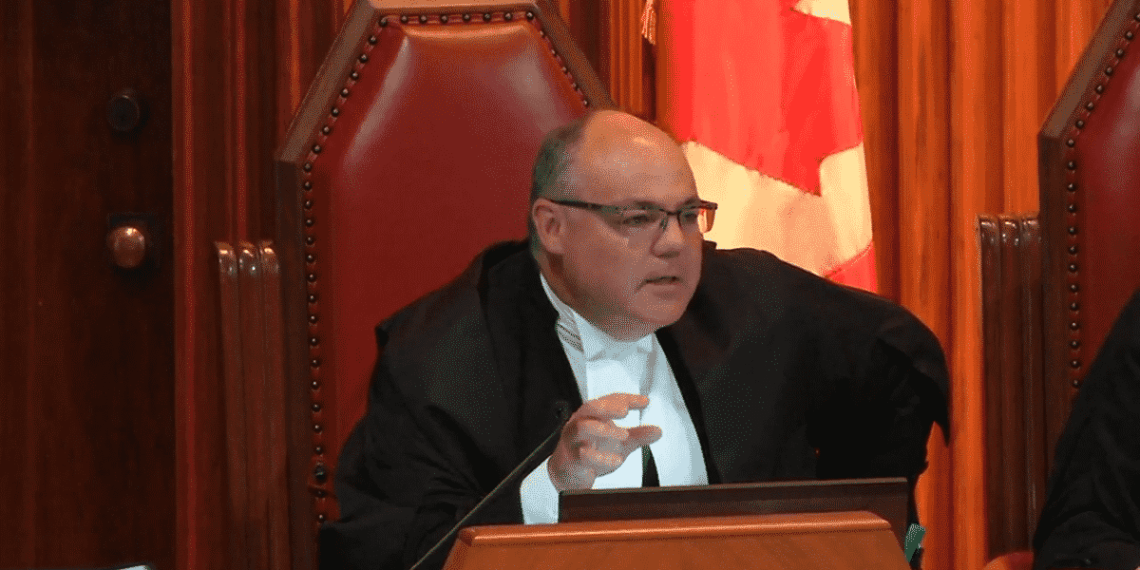 The Ontario Crown got a rarely seen tongue-lashing at the Supreme Court of Canada in what might serve as a lesson in “what not to say” when trying to persuade the judges to modify their own recent constitutional jurisprudence — in this case the speedy trial blockbuster, R. v. Jordan.

Michael Fawcett, counsel for the intervener Ontario Attorney General, learned the hard way, in open court, that at least some of what he wrote in the factum filed on behalf of the Crown caused offence on the high bench, notably with Justice Russell Brown who bluntly stated he was “frankly shocked” and “disappointed” at the Ontario attorney general’s “misguided” written submissions, during the Feb. 10 hearing of R. v. Ste-Marie 2022 SCC 3.

Indeed counsel found himself cut off in mid-sentence, as soon as he opened his mouth to start urging the top court to revisit its five-year-old approach to unconstitutional trial delays in R. v. Jordan, 2016 SCC 27, in particular to reconsider the majority’s key holding that a stay of proceedings is the minimum remedy for violations of the s. 11(b) Charter right to trial within a reasonable time.

Notably, however, the Ontario Crown’s criticisms of Jordan and mandatory stays as the remedy for unconstitutional trial delay were not issues the appellant Quebec Crown or the respondents raised in the case at bar.

The Attorney General of Ontario contended in his written argument that “Jordan stays” should be granted “as a last resort, only when there is no other appropriate and just remedy,” i.e. when an accused person has “suffered some meaningful, irreparable, ongoing harm that outweighs society’s interest in resolving the matter on its merits.”

The Ontario Crown argued in its factum that automatic stays for unreasonable trial delay, per Jordan, promote “foot dragging”. Its closing words, advise the high court’s judges that “the solution for delay is a speedier trial, not an abdication of justice.” 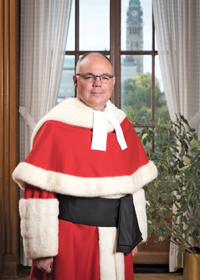 Those words did not seem to resonate with the bench — at least not in a good way — with Justice Brown observing that, in his view, the Crown was attacking the whole theoretical framework of Jordan, not just talking about stays.

“You don’t just raise a remedy argument, you raise a ‘Jordan is a problem altogether’ argument!” Justice Brown said, cutting off Fawcett 18 words into his submission.

“You actually call the Jordan framework in this factum ‘an abdication of justice,’” the judge said. “I’m frankly shocked.”

“I apologize if that’s what I conveyed,” Fawcett said, closing with the words “we embrace Jordan wholeheartedly.”

“Yeah, it’s an ‘abdication of justice,’” Justice Brown repeated. “But you ‘embrace’ it. … But for the entire framework, [you think] it’s fantastic!”

None of the other eight judges who sat on Ste-Marie spoke during the Ontario Crown’s submissions.

Jordan’s reasons on behalf of five judges, coauthored by Justice Brown and Justices Michael Moldaver and Andromache Karakatsanis, articulated a new and robust approach to vindicating s. 11(b) rights and combating the criminal justice system’s “culture of complacency” that has resulted in crippling trial delays and backlogs.

The Ontario Crown’s written argument referred to Jordan stays as “automatic judicial guillotines, without any nuance or balance, often giving the guilty a windfall and the innocent a brushoff and depriving society of the truth.”

Justice Brown did not seem persuaded.

“I know I’m the one who granted you leave to intervene, but I’m sorry I did,” he informed Fawcett. “Your factum points to what you describe as fundamental problems — [i.e.] Jordan lacks nuance or balance … these are your words, gives ‘the guilty a windfall’, gives ‘the innocent a brush off’, leads to ‘an abdication of justice.’”

Addressing the Ontario Crown’s proffered more “balanced” approach (“whatever that means”), Justice Brown said the prosecution’s ideal solution “just won’t even acknowledge what led to Jordan — which was a chronic and systemic indulgence of delay. Yours is a completely one-side analysis that does not acknowledge that. Which I find ironic given that you identify the Jordan framework — not just the remedy — the framework as being a ‘tilted one-sided assessment.’”

Concluded Justice Brown “all of this persuades me, more than ever, that as soon as we take away the Damoclesian sword of a stay as a remedy for a breach of the right to a trial within a reasonable time that the culture of complacency will, at least in Ontario, settle right back in.” For good measure, the judge added that he was “disappointed” to see the chief law officer of Ontario making such “a one-sided misguided submission.”

“I very much regret having been the one to give him the opportunity to use this allotted time here to do that,” the judge remarked.

Beating a hasty retreat, Fawcett ended earlier than his allotted time, assuring the top court that, from the Ontario Crown’s perspective, stays of proceedings for unreasonable trial delays, and “the incentive for the Crown to act expeditiously, will always remain on the table.”

The Supreme Court subsequently allowed 9-0 from the bench, the Quebec Crown’s appeal from a decision of the Quebec Court of Appeal in a money laundering case to stay proceedings against several co-accused for violation of their s. 11(b) rights.

The court decided, based on the record, that s. 11(b) was not violated, and therefore it did not have to address whether stays are mandatory following s. 11(b) violations. The case was referred back to the Court of Appeal to consider other appeal grounds raised by the accused that were argued, but not addressed by the Quebec Court of Appeal, because it had stayed the proceedings.

The Ontario Ministry of the Attorney General declined all comment. Fawcett did not respond to a request for comment.

However, appellate counsel for one of the respondent accused, Frank Addario of Toronto’s Addario Law Group LLP, commented that Fawcett is “a good lawyer and very capable.”

Asked what takeaway there is for counsel with respect to advocacy, Addario observed the Crown “was sent up [to the Supreme Court] to argue a point the parties did not raise, so that was not his fault. But his factum violated a cardinal rule of written advocacy, which is that overstatement is unpersuasive. It’s not helpful to call the court’s case law an ‘abdication of justice.’”

As for the Ontario Crown’s bid to change the law on stays, “the court did not change the rule that the judge should stay charges after the state violates s. 11(b),” Addario said. “The rule is closely linked to how the new ceilings work under Jordan.”

He suggested, “Ontario should be thanking the court for Jordan, because it increased permissible delay from nine and 18 months to 18 and 30 months. If an Attorney General can’t plan around those limits they should rethink their approach to running a criminal justice program.”