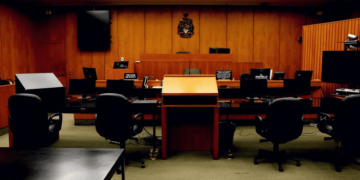 Government says it will consider future funding increases, but lawyers say they are necessary now. 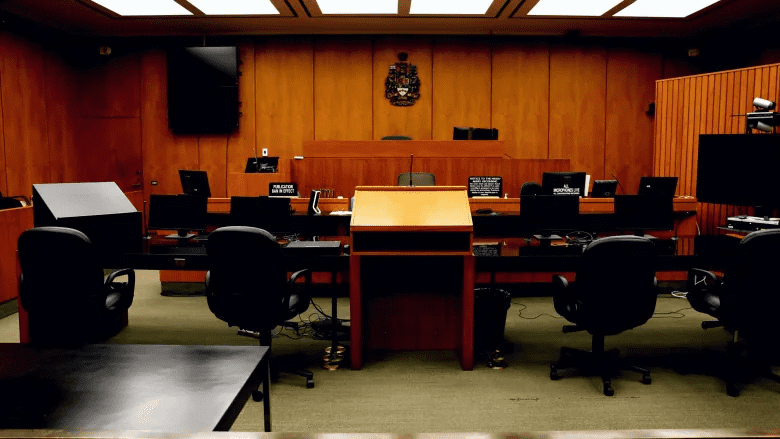 PHOTO: The associations plan to meet on Wednesday night to discuss and vote on next steps, including the withdrawal of their services. (Cort Sloan/CBC)

Three organizations that represent hundreds of defence lawyers in Alberta are threatening job action if the provincial government does not increase funding for Legal Aid Alberta.

The defence lawyers say Alberta lawyers who take legal aid cases are underpaid compared to those in Manitoba, British Columbia and Ontario and that many have become crown prosecutors to obtain better compensation.

“The most minimal provision of legal aid services in Alberta is at a breaking point,” the groups said in a joint press release Saturday.

The associations plan to meet on Wednesday night to discuss and vote on next steps, including the withdrawal of their services.

Danielle Boisvert, president of the CTLA in Edmonton, said job action “would have a serious, direct and immediate impact on everybody else in the justice system.”

She said without legal aid lawyers, many more Albertans would try to represent themselves in court, leading to more work for crown prosecutors and judges and increasing the possibility of wrongful convictions.

LAA, which is mainly funded by the province, served more than 34,000 clients last year.

Boisvert said legal aid cases make up about half of most defence lawyers’ workload, but the percentage is much higher for junior lawyers.

The rate discrepancies increase for lawyers in higher compensation tiers.

After threatening to strike this spring, Alberta crown prosecutors secured a pay increase promise from the provincial government.

Boisvert said defence lawyers have been dwindling since 2015, especially within the last few years.

She said those who leave tend to be young people with a lot of student debt.

In addition to higher pay, lawyers are also asking the government to expand the eligibility for legal aid.

Most legal aid services are not free but cost a lot less than a private lawyer would.

In her association’s letter to Shandro, Boisvert wrote that LAA’s financial eligibility guidelines have not been adjusted for inflation.

“Albertans who are unable to afford basic goods and necessities, such as fresh produce, are somehow expected to be able to afford a lawyer,” she said.

Increases on the table for next budget

LAA is currently updating its tariff, which lays out how lawyers who take legal aid cases are paid.

The lawyer associations say they were disappointed to learn through LAA that the tariff rate was not in the scope of the review and modernization process.

Joseph Dow, Shandro’s press secretary, said Alberta is willing to consider increasing Legal Aid’s operating budget and changing the financial eligibility guidelines, but only after the review and through the 2023 budget.

He said Alberta offers more legal aid services than other jurisdictions and that since 2015, the government has increased funding to LAA by 47 per cent.

According to figures from LAA’s annual reports, provincial government funding did increase by 47 per cent between the 2015-16 fiscal year and 2018-19, but decreased for the next two years.

The lawyers’ associations say Shandro’s office has not responded to their letters.

A previous version of this story misstated the revenue figures between the 2018-19 and 2020-2021 fiscal years.

Madeleine Cummings is a reporter with CBC Edmonton. She covers local news and files for CBC Edmonton’s web, radio and TV platforms. You can reach her at madeleine.cummings@cbc.ca | Follow Madeleine on Twitter