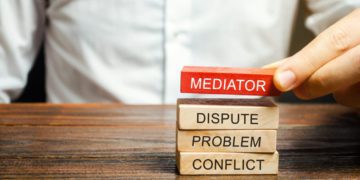 Experiences of serious problems or disputes in the Canadian provinces, 2021

Experiences of serious problems or disputes in the Canadian provinces, 2021

Almost one in five people living in Canada's provinces—18% of people aged 18 and older, or approximately 5.5 million people—reported experiencing at least one serious problem. 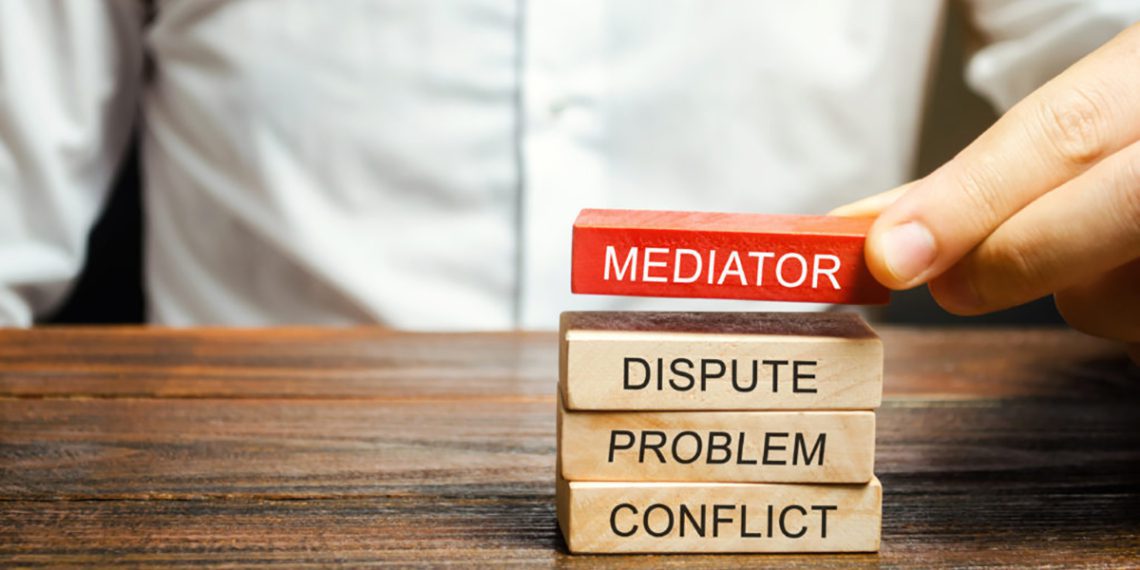 Today, Statistics Canada released results from a new survey asking people living in the Canadian provinces about serious problems or disputes in their daily lives.

In 2021, almost one in five Canadians—18% of people aged 18 years and older, or 5.5 million people—reported experiencing at least one serious problem or civil dispute in the previous three years.

There are two key points to highlight for this survey. First, Canadians living in the provinces were asked whether they had experienced a serious problem that was not easy to fix (which could potentially require legal intervention) ranging from problems related to consumer debt, to issues with the criminal justice system, to custody or family-related disputes.

Second, Canadians were asked about the actions taken to resolve their most serious problem or dispute. Serious problems can be resolved in numerous ways, ranging from informal conversations between the involved parties to engagement with the formal justice system. The timely access to a fair and effective justice system—and the resolution of problems and disputes—helps support the well-being of individuals and communities.

Released today is the Juristat article, “Experiences of serious problems or disputes in the Canadian provinces, 2021.” The analysis focuses on the types and frequency of serious problems experienced by people living in Canada’s provinces, the actions they took to address or resolve these problems (whether they resolved the problem through informal means or through a legal process), and the impacts these problems had on their everyday life. Barriers to accessing the formal justice system are explored. Data are disaggregated to highlight the experiences of different populations in the 10 provinces wherever possible. This report is based on the 2021 Canadian Legal Problems Survey (CLPS).

Almost one in five people living in Canada’s provinces—18% of people aged 18 and older, or approximately 5.5 million people—reported experiencing at least one serious problem measured by the CLPS in the three years before the survey. The most commonly reported problems were neighbourhood-related, such as vandalism (21% of all serious problems); problems related to harassment (16%); problems related to discrimination (16%); and receiving poor or incorrect medical treatment (16%). Experiencing a serious problem was as common for women (18%) as it was for men (18%).

In addition, those who were Indigenous (27%) and not heterosexual (28%) also more commonly reported experiencing serious problems in the three years before the survey.

The vast majority (87%) of Canadians who experienced a serious problem reported taking some form of action to address their most serious problem, although not necessarily through the formal justice system. Canadians living in the provinces took different types of action to resolve their most serious problem, with one-third (33%) saying that they contacted a legal professional, and an additional 8% saying that they contacted a court or tribunal. The most common actions taken to resolve serious problems were obtaining advice from friends or relatives (52%), searching the Internet (51%), and contacting the other party involved in the dispute (47%).

In addition to questions about the types of serious problems experienced by Canadians living in the provinces and the actions taken to resolve them, the CLPS also asked about any negative impacts stemming from the most serious problem. While, as noted, women and men were equally likely to face serious problems, women were more likely to report experiencing the health impacts measured by the CLPS. For example, extreme stress was cited by almost 8 in 10 (79%) women, compared with around two-thirds (65%) of men. 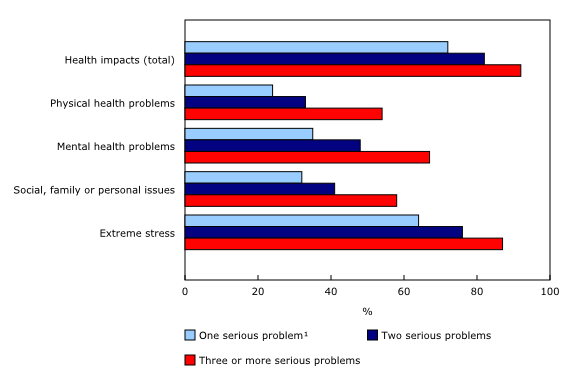 Indigenous people are more likely than non-Indigenous people to report experiencing certain types of negative financial impacts as a result of their most serious problem, including losing their housing.

Three in 10 (29%) serious problems in the Canadian provinces had been resolved at the time of the survey. The proportion of resolved problems ranged from 24% in New Brunswick, to 38% in Newfoundland and Labrador. Just over one-quarter (27%) of problems in the Canadian provinces were in the process of being resolved. Compared with the all other provinces, a higher proportion of Canadians living in Quebec (19%), Alberta (18%), Saskatchewan (16%) and Ontario (16%) stated that they had given up trying to resolve their most serious problem.

This Juristat article is based on results from the 2021 Canadian Legal Problems Survey (CLPS). The main objective of the CLPS is to better understand the types and frequency of serious problems that people in Canada face; the actions they take to address or resolve these problems; and the financial, socioeconomic and health impacts these problems have on their everyday lives.

Statistics Canada conducted the CLPS for the first time in 2021. The development and collection of this survey were funded by the Department of Justice Canada and other federal partners as part of the government’s strategy to measure Canada’s progress in realizing United Nations Sustainable Development Goal 16, providing equal access to justice for all.

Data collection for the CLPS took place from February to August 2021. During this time, COVID-19 spread at different rates across the country, with some provinces imposing stricter restrictions than others. Respondents were specifically asked about the COVID-19 pandemic in relation to their serious problems, and the results are outlined in the Juristat article.

The article “Experiences of serious problems or disputes in the Canadian provinces, 2021” is now available as part of the publication Juristat (Catalogue number 85-002-X).

Statistics Canada is the national statistical office. The agency ensures Canadians have the key information on Canada’s economy, society and environment that they require to function effectively as citizens and decision makers.

Roadmap to wellness: a plan to build Ontario’s mental health and addictions system