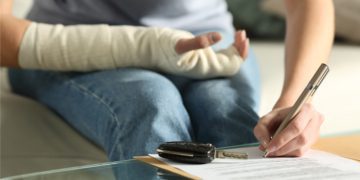 Merkur calls for overhaul as 'benefits are too low, system's too slow and it's way too complicated'. 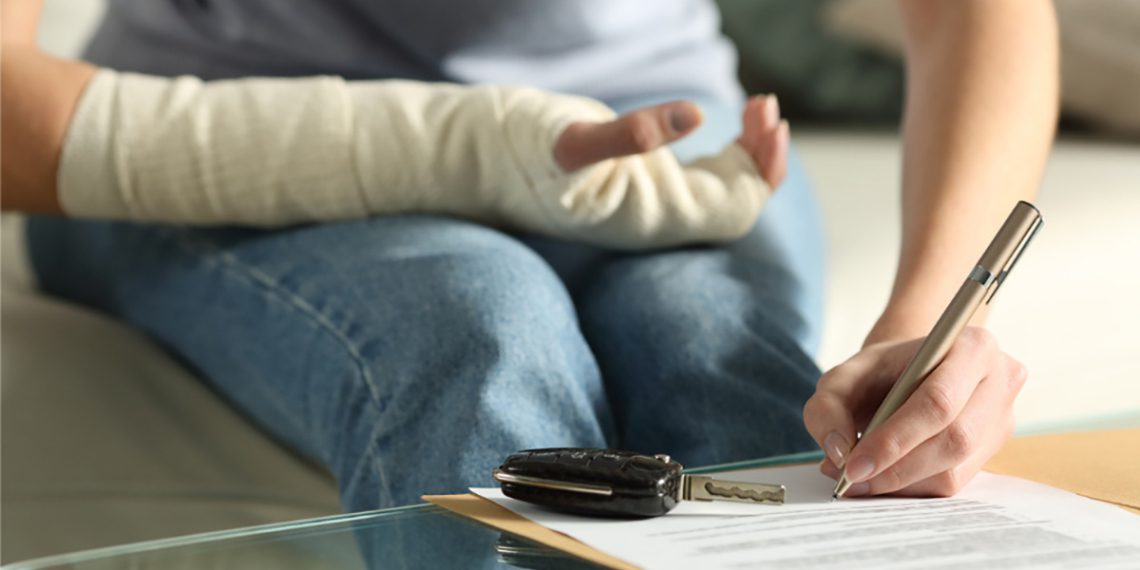 When it comes to Ontario’s no-fault accident benefits system, Darcy Merkur identifies three main issues: benefits are too low, the system’s too slow and it’s way too complicated.

The system allowing motor vehicle accident victims to apply to the appropriate insurer and access no-fault benefits has been around for roughly three decades, and over time the benefits available have been altered regularly – reduced, generally speaking – yet the paper-driven process has received little attention. But as part of its 2022 Statement of Priorities, the Financial Services Regulatory Authority of Ontario (FSRA) announced its intent to simplify the process and is currently in consultation with FAIR Association of Victims for Accident Insurance Reform.
Merkur, trauma lawyer and partner at Thomson Rogers Lawyers, sits on the advisory board of FAIR and recently weighed in on what changes need to be made to make the system better for accident victims – more money, quicker access and simplification – but the current discussion with FSRA is focused primarily on simplification.
“The time has come for changes, namely simplifications of the Auto Insurance Claims Forms (OCF Forms) that Ontario automobile insurance companies require in order to access the benefits,” says Merkur. “Right now, the paperwork seems to be designed to thwart access to benefits as opposed to helping accident victims get the benefits they need to get back on their feet.”

Rhona DesRoches, chair of the board at FAIR, says FSRA is initiating a process to redo the “flawed and invasive” OCF-1 form that is overly complication and “violates any sense of privacy we should normally expect in our dealings with any business.” She’s been talking about the concerns she has about the fundamental form, the first that a person is asked to fill out when applying for SABs benefits, since 2012 during the Anti-fraud Task Force consultation.

“I was surprised how strongly our group felt about it – I’ve yet to find someone who didn’t have to ask for help to complete it,” she says. “Many injured people rely on their health care providers, family members or call a lawyer to fill it out. Insurers should be all over this and it shouldn’t have taken so many years to address it.”

The form asks for information about health care coverage from other insurers and claim history, and signing it gives permission for that information to be shared as well as for things like the investigation of other people in the car at the time of the accident. You can’t make the claim without signing away your rights to all of this information as “reasonably necessary,” but that term isn’t defined.

“It’s a coercive form that wants to share your information with an unnecessarily wide pool of people and you have no control over it. I find it offensive people have to agree to this in order to proceed with their claim. It starts things off in a very adversarial atmosphere for accident victims, and it’s geared to stand in the way of claimants when it comes to providing their health care.”

Merkur suggests streamlining the process as a whole rather than individual forms. Currently, when someone’s injured and opens a claim, their treatment provider must submit an OCF-18, a treatment and assessment plan, to the injured party’s car insurer. If it’s approved, after treatment the service provider sends the invoice to the car insurer who won’t pay until they see what the group health insurer has paid.

The group health insurer may not cover physiotherapy, for example, and their plan may even state that fact, but the injured person still must submit the invoice and await a response in writing that says whether and to what extent they’ll pay. That is relayed back to the auto insurer and then they’ll pay what’s owed to the physiotherapist, which may be less than the approved amount because the claimant received the contribution from the group health insurer.

Ideally, Merkur would like to see the process simplified by pushing the responsibility of paying the treatment provider and sending the invoice to the group health insurer claiming reimbursement onto the auto insurers and “be done with the red tape that often leaves injured parties with no help and tons of paperwork, totally overwhelmed and confused.”

“Take it off the claimant’s shoulders. Let the auto insurer, who’s getting off the hook because of the person’s access to group health, who’s a bureaucracy who understands the process, who can develop a computer system to do it and are doing it on millions of cases as opposed to a claimant who’s doing it on one, let them have the headache of accessing the group health benefits if any. Have the claimant sign a document authorizing them to do just that.”

Merkur says his practical suggestion to simplify “will never work because it helps claimants and hurts insurers.” In any discussion about the system, he makes a point of highlighting the fact that overall it continues to get worse for claimants. For example, the income benefit has remained at $400 a week since the system’s inception yet things that go against claimants, like the deductible, are subject to inflation.
Merkur also points to the Ontario government’s reduction of the catastrophic benefits limit in 2016, which they had agreed to rectify but – due to politics and the COVID-19 pandemic – that change was derailed.

“They should simplify the forms, that’s an easy one, but some of the things I’m calling for are an overhaul of the approach,” Merkur says. “I don’t have much confidence FSRA will make any substantive changes.”

Des Roches, for her part, is more hopeful this consultation will lead to a serious look at the forms and moves to make them more usable.

“There’s an intent on their part to correct some of the issues we’re talking about. Post-car accident, you’re in a place you don’t expect yourself to be in, it’s a sudden change in your life and you shouldn’t be bombarded with questions at a time when you should be focused on your recovery. Accident victims need to be respected when they’re in a vulnerable position.”

As a trauma lawyer, Darcy Merkur handles a multitude of complex, serious personal injury cases on behalf of accident victims and their families. He’s built a reputation as an innovator in the field and passionately supports the rights of accident victims. Through his previous involvement with the Brain Injury Society of Toronto and the Brain Injury Awareness Month planning committee, he helps raise public awareness of the difficulties faced by head injury victims.

Liberty vs. Equality: Defining the Limits of Free Expression in Ward v Quebec