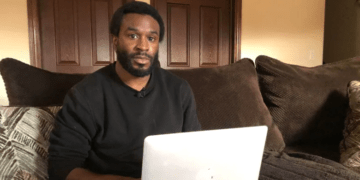 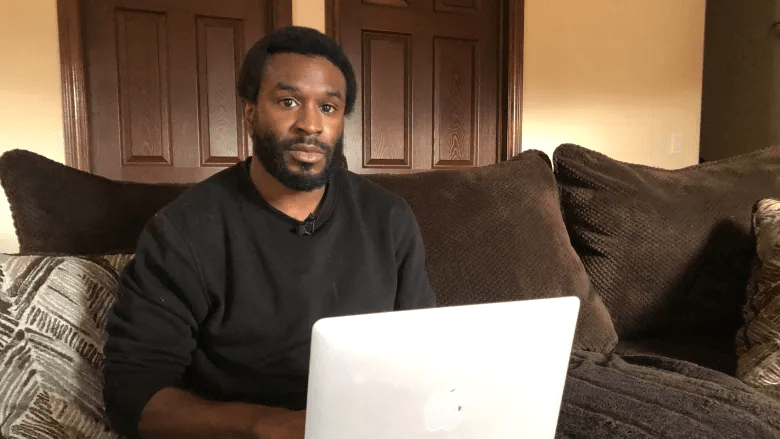 Daniel Simpson has been facing criminal charges since 2018. Since then, he has lost his licence, car, job and home — a high price, he says, for charges that should have been tried by now, according to Canada’s top court.

Daniel Simpson has been looking for work since 2019, and believes criminal charges that date back a year before that with no trial yet have made it difficult to convince employers to hire him.

Daniel Simpson has been facing criminal charges since 2018. Since then, he has lost his licence, car, job and home — a high price, he says, for charges that should have been tried by now, according to Canada’s top court.

“I feel like a statistic,” the Windsor, Ont., man said. “I kind of feel like the judicial system or judicial authority system kind of failed me. I’m just here trying to survive.”

Simpson is accused of speeding out of a Guelph, Ont., parking spot and hitting a bylaw officer in June 2018 while he was living in that city. Police charged him with dangerous driving, failure to remain at the scene of an accident, assault with a weapon (his vehicle) and resisting arrest.

According to a ruling made by the Supreme Court of Canada in 2016, known as the Jordan rule, the types of charges Simpson faces, known as summary conviction charges, must be tried within 18 months. But it’s been almost four years and Simpson’s next court date isn’t until June, 2022.

Daniel Simpson has been on trial for summary conviction charges for almost four years. The law says his trial shouldn’t have taken more than 18 months.

In that time, Simpson lost his job as a personal support worker and said he has been unable to get a new one, something he believes is directly related to the fact police record checks for employment show the charges.

“That’s a hard pill to swallow, because you want to be like, is it because of the pending charges?” he said. “But you don’t really get to ask that question [to employers] afterwards.”

This year he moved to Windsor to find cheaper accommodations because his savings were running out in Guelph.

Danardo Jones, an assistant law professor at the University of Windsor, said the length of time to process Simpson’s case is exceptional.

“It seems to me that that culture of complacency that the Supreme Court of Canada talked about in the Jordan [Law], is alive and well in this case,” he said. “The charges are serious, but not the most serious charges … not indictable offences. These were summary conviction offences. I’m surprised that the matter hasn’t come to completion as yet.”

In our system, there are certain baked-in stereotypes. For certain racialized people.. the presumption of innocence is perhaps not as potent as it would be for other folks.– Danardo Sanjay Jones, assistant law professor, University of Windsor

CBC News reached out to the Attorney General’s office for comment on the reason for delays in the case. In a statement, the office said “it would be inappropriate to comment on the specifics of this case … as this matter is currently before the court.”

The bylaw officer allegedly hit by Simpson received medical attention and was released from hospital, according to Guelph police. CBC News has been unable to contact that person for comment.

There are other factors Simpson says that add to his stress. When he was arrested by Guelph police, a witness filmed the interaction which showed an officer pinning Simpson to a pole and later, holding him down in a bed of gravel.

Simpson filed a complaint with the Office of the Independent Police Review Director (OIPRD) which probes public complaints against police and has the power to conduct reviews of systemic problems in policing.

The officer admitted to grabbing Simpson’s dreadlocks in a report to the OIPRD, but the review body found Simpson’s claim of police brutality to be “unsubstantiated” and found that the officer’s use of force was “justified”.

“I am a Black man, and I feel like the system is kind of against me,” Simpson said.

Simpson described feeling traumatized about his interaction with police at a time when police use of violence against Black men had been front and centre in the news. He said seeing the officer repeatedly at court hearings as the case gets delayed causes him further trauma.

‘He has suffered enough’

Jones said he wonders if there are racial inequities at play and said many Black and Indigenous people would, before Jordan’s Law, wait long periods of time for justice.

“In our system, there are certain baked-in stereotypes. For certain racialized people, the presumption of innocence is perhaps not as potent as it would be for other folks,” said Jones.

“We know that Black and Indigenous people tend to be treated a lot less fairly in the criminal justice system.”

“So this matter needs to be stayed, and this young man needs to be able to move on with his life.”

Aastha Shetty can be reached via email aastha.shetty@cbc.ca or by tweeting her at @aastha_shetty

Is the law library a thing of the past for law firms?