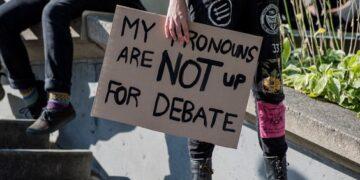 Howard Levitt: Recognizing a person’s pronouns is not an ‘accommodation,’ but a basic employer obligation

Howard Levitt: Recognizing a person’s pronouns is not an ‘accommodation,’ but a basic employer obligation

As one B.C. restaurant recently discovered in a case brought before the Human Rights Tribunal 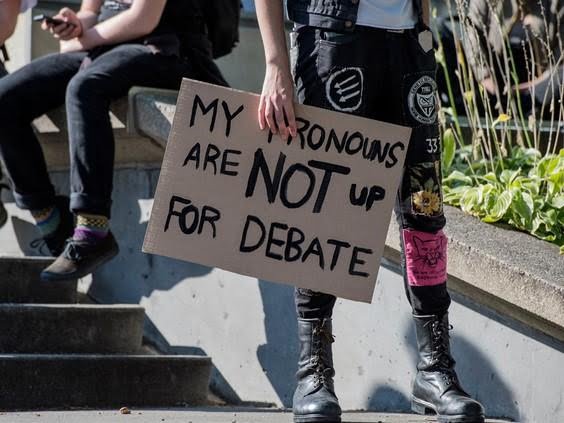 PHOTO: Trans employees are legally entitled to recognition of, and respect for, their gender identity and expression. This begins with using their names and pronouns correctly. PHOTO BY TYLER ANDERSON/NATIONAL POST FILES

“What are your preferred pronouns?” It is a question few think to ask their employees.

Yet the implications of willfully ignoring an employee’s pronouns or gender identity can be costly. The Buono Osteria restaurant in B.C. discovered that when it was ordered to pay a former employee $30,000 after the Human Rights Tribunal found the employee to be unfairly terminated for asking managers and co-workers to call them by their preferred pronouns.

The 42-page decision, found that the employee, Jessie Nelson, a non‐binary, gender fluid, transgender person who uses they/them pronouns, was terminated in retaliation when they complained of discrimination from their employer and a colleague.

Nelson had only worked at the restaurant for four weeks, and, during that time, one of their co-workers repeatedly and persistently referred to them with the wrong pronouns and unwanted, gendered nicknames. The bar manager in particular, repeatedly and persistently referred to Nelson with she/her pronouns and with gendered nicknames such as “sweetheart,” “honey,” and “pinky” — a reference to their pink hair.

All employees have the right to a workplace free of discrimination, at least on human rights grounds. Trans employees are also legally entitled to recognition of, and respect for, their gender identity and expression. This begins with using their names and pronouns correctly. As per the tribunal member’s decision, this is not an ‘accommodation’ but a legal obligation that every employer and co-worker holds towards people in their employment.

For many people the concept of gender‐neutral pronouns is new. Many attempt to undo the “habits of a lifetime” and, despite best intentions, make mistakes. Human rights law is concerned not with intentions, but rather with impact. This does not mean, however, that intention is irrelevant. A person’s intention can go a long way toward mitigating or exacerbating the harm caused by misgendering.

Where a person is genuinely trying their best, and acknowledges and corrects their mistakes, the harm and damages are reduced. On the other hand, where a person is callous or careless about pronouns or worse, deliberately misgenders a person, the harm is magnified.

The issue in this case was exacerbated as management was notified of the deliberate misgendering and did not respond in a reasonable or appropriate manner. In fact, the employee was terminated, partially for “coming on too strong” and being “militant” on the issue of trans inclusion.

The employer tried to argue that Nelson was terminated within their probationary period. However, the tribunal was clear that an employer cannot contract out of their duties under the Human Rights Code at any point during the employment relationship. It was ultimately found that there was a clear connection between Nelson’s gender identity and their termination.

In determining the award, the tribunal member found that, although the length of employment was short, the discrimination was ongoing and escalating, culminating in the loss of employment. The tribunal member contemplated three aspects of Nelson’s vulnerability: 1) the context of their workplace; 2) their inherent marginalization as a transgender person; and 3) their recent move to a new, smaller community, which would impact potential future employment.

Nelson was ultimately awarded $30,000, with the individual managers and co-workers of Buono Osteria being held jointly and severally liable, i.e. Nelson could claim the monies from any of them. The restaurant was also ordered to implement mandatory human rights training for all staff.

It was a costly lesson for the employer and serves as a warning to all others — ensure you are being careful and respectful with your employees and their gender-identity and preferred pronouns.

The issue remains open whether an employer or coworker could refer to the employee by their name rather than by these pronouns. It is likely that, if they referred to everyone else as he or her, but the cisgender employee by that person‘s name, they would still be liable.

The psychologist Dr. Jordan Peterson first became famous because of his refusal to use what he referred to as often “made up words” describing other genders. He predicted what has occurred. This is no longer merely a political debate but one enforced by law with punitive sanctions.

Got a question about employment law during COVID-19? Write to Howard at levitt@levittllp.com.

Howard Levitt is senior partner of Levitt Sheikh, employment and labour lawyers with offices in Toronto and Hamilton. He practices employment law in eight provinces. He is the author of six books including the Law of Dismissal in Canada. Anoushka Zachariah is with Levitt Sheikh.

Why It’s So Hard to Prosecute Cyberstalking