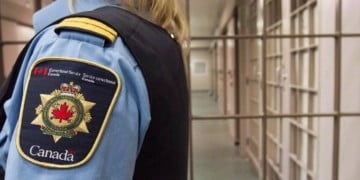 OTTAWA -- Indigenous and Black federal inmates in Canada experience more use of force than any other racial group, the country's correctional investigator reported on Thursday. 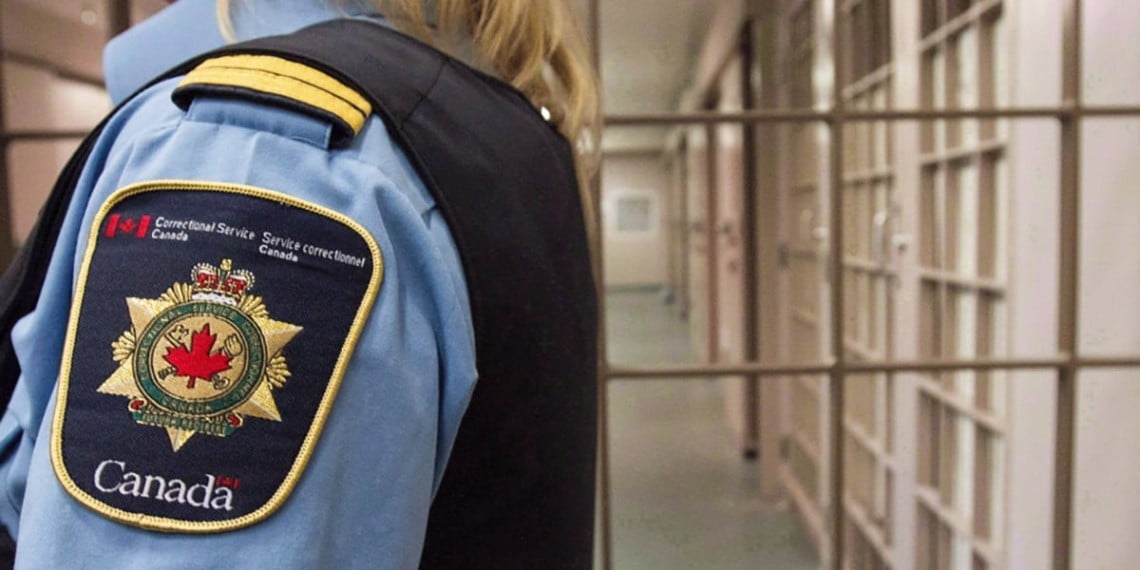 PHOTO: A correctional officer looks on at the Collins Bay Institution in Kingston, Ont., on Tuesday, May 10, 2016, during a tour of the facility. THE CANADIAN PRESS/Lars Hagberg

OTTAWA — Indigenous and Black federal inmates in Canada experience more use of force than any other racial group, the country’s correctional investigator reported on Thursday.

Leticia Gutierrez, senior policy adviser in the investigator’s office, said its investigation found that identifying as an Indigenous or Black person was associated with a greater likelihood of involvement in a use of force incident.

That held true regardless of factors like risk level, security level, age or gender and “when all was made equal, so to speak,” she said.

The office’s investigation, which reviewed almost 10,000 documented use of force cases between 2015 and 2020, showed that these incidents increased during that period despite an overall decline in prison population.

Indigenous, Black and other racialized inmates accounted for 60 per cent of all uses of force, while representing 44 per cent of the federally incarcerated population, the report said.

“We’ve seen incredible increases in use of force in the past couple of years,” said correctional investigator Ivan Zinger.

“We’ve seen also increases in suicide attempts and self-harm. And that only suggests the frustration and psychological harm that is going on here.”

The correctional service defines use of force as any action by staff to “gain co-operation and control of an inmate” by engaging in measures such as restraint, physical handling, pepper spray or use of batons or firearms.

The office’s investigation found pepper spray was the most common type of force used, making up 42 per cent of all force used in all incidents examined.

Zinger released his annual report Thursday and says the probe points to racial bias in the application of use of force in federal prisons.

“What’s most important for me is that when you have an organization and an agency that has a great deal of authority and power over individuals, that they do everything they can to ensure that those unconscious biases don’t lead to negative outcomes.”

The office also performed a 30-year review of women’s federal corrections since the release of the Creating Choices report in 1990, which outlined several principles including presumption of minimum security classification at admission, no perimeter fencing at regional women’s facilities and prohibition against segregation.

Stacie Ogg, deputy director of the office, said many of the principles of Creating Choices “have all been abandoned in favour of a framework that puts security and control at the forefront of contemporary women’s corrections.”

Nearly all of the problems identified 30 years ago remain in some form today, said Ogg, including over-secure infrastructure, use of random strip searching, inadequate programming, job training and employment opportunities.

The office of Sen. Kim Pate said in a statement Thursday that the correctional investigator’s report shows that “the situation is worse than ever” for federal inmates.

“Practices and conditions of torture continue not only to persist, but, particularly during this pandemic, to proliferate, in Canadian prisons,” said Pate, adding that the situation is worse for Indigenous peoples, African Canadians and those with “disabling” mental health issues.

Pate said that Bill S-230, which would require judicial oversight of decisions to isolate prisoners and encourage community-based alternatives to prisons, could help remedy the issues contained in the report. The bill is currently being debated in the Senate.

Zinger is calling on the government to sign an international treaty aimed at preventing torture, called the Optional Protocol to the Convention against Torture, which would create a framework for independent inspection of all places of detention in Canada.

Anne Kelly, commissioner of Correctional Service Canada, said the service is carefully examining all recommendations put forth in Zinger’s report and taking concrete actions to address them.

The correctional service takes use of force very seriously and uses an intervention model that is used to de-escalate situations, including talking as a first step, Kelly said.

The correctional service said it recommends developing an action plan in consultation with stakeholders to address the relationship between use of force and systemic racism against Indigenous and Black inmates.

Zinger said the service’s response was “defensive and inappropriate, and the correctional service surely can do better.” He added that since the service received his report earlier than the public, it should have already started creating an action plan to address bias.

“I’m not convinced that Correctional Service Canada has either adequately acknowledged or answered compelling evidence of the unique role that race seems to play in how force is applied, how frequently it is used and against whom.”

The correctional service received the report on June 30 and developed a “detailed response” to address all of the report’s recommendations, which they shared with Zinger’s office on Aug. 6, said Kyle Lawlor, a spokesman for Correctional Service Canada.

This report by The Canadian Press was first published Feb. 10, 2022.

This story was produced with the financial assistance of the Facebook and Canadian Press News Fellowship.