Ontario bar exams scheduled for this month have been cancelled as the Law Society of Ontario investigates the possibility that test materials were leaked ahead of time. 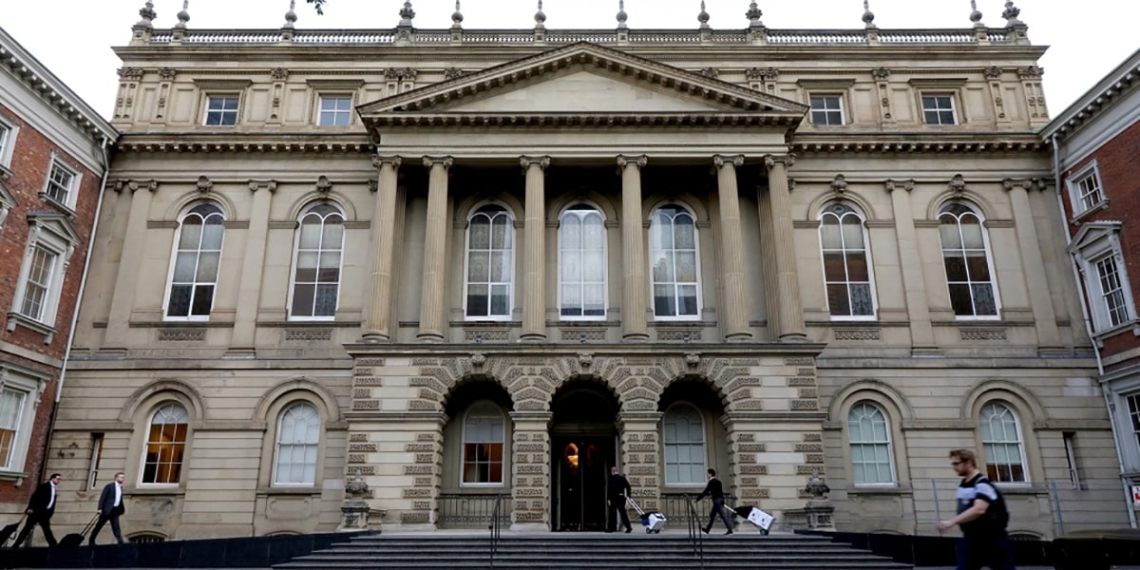 Ontario bar exams scheduled for this month have been cancelled as the Law Society of Ontario investigates the possibility that test materials were leaked ahead of time.

The law society said in a news release Saturday that it decided to cancel barrister and solicitor examinations that were to be written online from March 8 to 11 and March 22 to 25 “to protect the public and the integrity of its licensing process.”

“We appreciate that this decision is upsetting news to those candidates not involved in improper conduct,” Diana Miles, CEO of the professional regulatory society, said in a written statement.

“However, this is a critical and necessary step to protect the integrity of the licensing process and the reputation of those candidates not involved.”

The law society said it had information indicating some people may have accessed exam content. Evidence suggests “potential involvement of third parties” in the leak, the statement said.

Approximately 1,100 candidates had been scheduled to write exams during the affected time period, starting on Tuesday.

Exams will be rescheduled as soon as possible, the law society said, with further information to come through candidates’ online accounts.

A probe by external investigators into the matter will also review candidates who recently wrote exams.

The law society said it had informed some candidates who would have been eligible for licensure that they won’t be eligible to be called to the bar while assessments of their exams are pending.

Other candidates who would soon have been eligible to take licensing exams have also been notified that their prior licensing exams are also being assessed, the law society said.

“At this point in time, no conclusions should be drawn from any delay in a candidate’s licensure,” the law society said.

“Next steps will be informed by the results of the investigation.”

Rami Aziz said he found out in a Saturday afternoon email that his solicitor exam, scheduled for March 22, was cancelled.

He said he understands the seriousness of the situation, but the uncertain timeline for rescheduling has thrown his career plans over the next several months into limbo.

“I need to know what is my next step,” he said by phone from Toronto.

After the solicitor exam, Aziz had planned to take the barrister exam in June and begin articling in July.

He plans to continue studying while he waits for answers, but he said a lengthy rescheduling delay could force him to push back his other plans, which would be a major setback after years of paying for his studies.

“I was looking forward for the day that I start working in order to start improving my financial situation,” he said. “A delay by two or three months, that’s a lot in my current debt situation.”

Lawyer Navdeep Gul Virk tutors students ahead of their bar exams. She said eight of her students found out on Saturday that their upcoming exams were cancelled.

She said it was a tough decision to cancel the exams but she believes in the law society’s leadership and processes responding to the situation.

The Law Students Society of Ontario, an advocacy group that represents law students at Ontario law schools, has been fielding questions from affected candidates.

Ocean Enbar, president of the group, said some people are worried about how the cancellation will affect their summer work plans, while others who took time off work to study are out of vacation days to reschedule. There are also concerns about the fees paid ahead of the exams, he said, among other issues.

“Our priority now is to get answers,” Enbar said. “We’re actively engaging with the LSO to ensure that the voices of these candidates are heard and that the LSO is factoring for a lot of these concerns as they put together the next steps.”

This report by The Canadian Press was first published March 6, 2022.