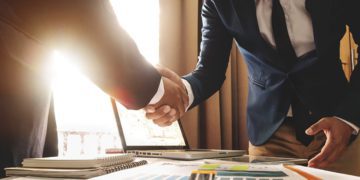 The Supreme Court of Canada has reaffirmed the full effect of limitation of liability clauses in contracts by mutual agreement.

The Supreme Court of Canada has reaffirmed the full effect of limitation of liability clauses in contracts by mutual agreement. That conclusion, which is based on the principle of freedom of contract, is a reminder of the importance of careful drafting of this type of clause.

In its judgment in 6362222 Canada inc. v. Prelco inc.,[1] delivered on October 15, 2021, the Supreme Court of Canada unanimously confirmed that a limitation of liability clause in a contract by mutual agreement is valid against a breach of a fundamental obligation. The highest court in the land has thus circumscribed the application of the doctrine of breach of a fundamental obligation, which holds that a party to a contract may be exempted from the application of a limitation of liability clause if that clause relates to the very essence of the contract.

The appellant, 6362222 Canada inc. (“Createch”), is a firm that specializes in operational performance improvement and in the implementation of business management systems. The respondent, Prelco inc. (“Prelco”), is a firm that specializes in transforming glass for various architectural, industrial and commercial purposes. In April 2008, Prelco and Createch entered into an agreement for Createch to implement an integrated management system at Prelco. The agreement included a clause that limited Prelco’s remedies “to the amount of any fees paid [to compensate for the] unsatisfactory services” performed in connection with the implementation of the integrated management system.

The business relationship between Prelco and Createch ended in the spring of 2010, following numerous difficulties experienced in implementing the system. Prelco terminated their contract and retained Irisco, another firm, to complete the implementation of an efficient system.

Prelco brought an action in damages against Createch claiming over $6 million as reimbursement for an overpayment, costs for restoring the system, claims from customers, and loss of profits.

The Superior Court and the Quebec Court of Appeal found for Prelco on the ground that the limitation of liability clause could not apply in this case. In the opinion of those courts, the implementation of an integrated management system was the principal object of the contract, and so the doctrine of breach of a fundamental obligation had to be applied and negated the clause.

Reasons of the Supreme Court

Recognition of limitation of liability clauses in Quebec civil law

The Court first reaffirmed, “[t]he validity in principle of non‑liability clauses.” On that point, the Court pointed out that the validity of such clauses is based on the principle of autonomy of the will of the parties, the corollary of which is freedom of contract.

The Court reiterated that limitation of liability clauses are still subject to the limits provided by the rules that apply to certain nominate contracts and by public order articles 1474 and 1475 of the Civil Code of Québec. On this point, we would note that article 1474 of the Civil Code of Québec prevents anyone from excluding or limiting their liability “for material injury caused to another through an intentional or gross fault” or “for bodily or moral injury caused to another.” In this case, the Court was of the opinion that the legislature’s choice to exclude the fundamental obligation concept from those constraints, which arise from the formal public order of direction, cannot be disregarded.

In the opinion of the Court, recognizing the validity of a non-liability clause “in a contract by mutual agreement that was negotiated by two sophisticated legal persons” is even easier to understand when the inclusion of such a clause may express the will of the parties to provide that risks be shared. The Court pointed out that a limitation of liability clause is often agreed to in exchange for a “favourable price.” The Court thus acknowledged that non-liability clauses have a “commercial and social utility” while also agreeing that they can be a risk management mechanism used by sophisticated parties.

The doctrine of breach of a fundamental obligation

Interpreting the intention of the legislature, the Court rejected “the existence of a rule of public order of general application that would neutralize a non‑liability clause affecting a fundamental obligation” and thus reversed the trend established by the Court of Appeal in Samen.[2] In the case of contracts by mutual agreement, the principal limits on the validity of non-liability clauses are therefore still the limits expressly provided by the legislature in the Civil Code of Québec.

The Court read articles 1379 and 1384 of the Civil Code of Québec, which govern contracts of adhesion and consumer contracts, respectively, and concluded that the doctrine of breach of a fundamental obligation exists in Quebec civil law, but stressed the legislature’s intention to limit its application to “these two types of contractual relationships” that are characterized by an imbalance between the parties.

Since the Court of Appeal also relied on the reciprocity of obligations and the idea of cause to justify applying the doctrine of breach of fundamental obligation, the Court revisited the two competing views advanced by the authors on this subject. In the circumstances, the Court concluded that this is not a situation in which the obligation is deprived of its objective cause, and so it considered it appropriate to refrain from taking a position on the disagreement among the authors in the abstract.

The Court concluded, in summary, that the non-liability clause was valid in this case because the clause was not covered by any public order limit codified by the legislature.

Freedom of contract enthusiasts will be pleased with this decision. Although the Court did come down in favour of the validity of limitation of liability clauses in contracts by mutual agreement, it should be noted that these clauses are still subject to certain legislative limits, including the limits relating to gross or intentional fault (art. 1474, para. 1 C.C.Q.) and moral or bodily injury (art. 1474, para. 2 C.C.Q.). In addition to those qualifications, noteworthy other limits include the liability of the manufacturer, distributor and professional seller (art. 1733 C.C.Q.), contracts for the lease of a dwelling (arts. 1863, 1893 and 1900 para. 1 C.C.Q.), contracts of sale (arts. 1732 and 1733 C.C.Q.), carriage (art. 2070 C.C.Q.) and employment (art. 2092 C.C.Q.), deposit with an innkeeper (art. 2298 C.C.Q.), and consumer contracts (s. 10 of the Consumer Protection Act). We would also note that the codes of ethics of the various professional orders in Quebec may limit the application of such clauses.

In light of the foregoing, Prelco confirms that limitation of liability clauses may be used for parties that wish to manage their contractual risks. Nonetheless, caution must be exercised, in view of the limits imposed by the public order provisions referred to above.