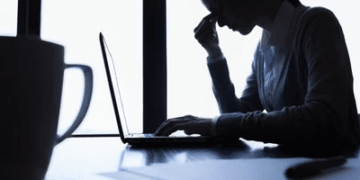 Loophole that allows employers to deny duty of care in cases involving independent contractors is problematic. 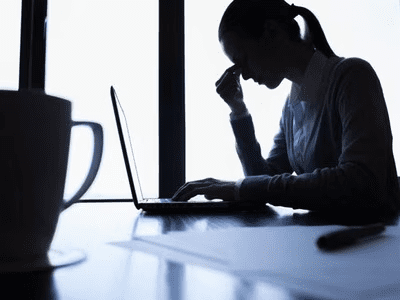 PHOTO: Complaints around sexual harassment and men in power continue to abound in the workplace. PHOTO BY GETTY IMAGES/ISTOCK

Complaints around sexual harassment and men in power continue to abound in the workplace. These incidents still largely stem from abuse around positional power, still frequently involve female subordinate employees and still leave women expressing fear at having their careers ended by those they have complained about.

Shockingly, this is years after #MeToo, changes in legislation and the development of various workshops and training sessions to combat sex assault and harassment, which have become de rigueur in corporate Canada.

As employment lawyers, we work closely with our employer clients so they understand their obligations and are keenly aware of how to act in the face of such allegations, namely:

All of these obligations apply to your employees, your contractors, and, in most cases, your independent and dependent contractors. In short, as an employer, you are responsible for the well-being of those who work for you in any form.

In recent months, however, we have encountered a rising number of cases (full disclosure: our firm has acted in some) involving large prominent institutions arguing they do not bear responsibility for alleged harassment because the workers don’t count as employees.

One such group of workers is physicians.

Physicians in Canada fall under a unique category given that they work as independent contractors and are granted privileges to work in hospitals rather than being technically “employed” by them, although legally, that remains an open question. They bill the government for their services, and when they have grievances, the hospitals always take the position that they are not responsible as employers.

That means that doctors are technically not permitted to avail themselves of recourse under the Occupational Health and Safety Act (entitling employees to safety at work), the Employment Standards Act, 2000 (affording employees to minimum protections in the workplace), or, in some provinces, Human Rights legislation (protecting the rights of employees to be free from harassment and discrimination — among other things). These doctors are left to file lawsuits, with everyone they sue pointing the finger at one another.

What does this tell us? For one, we are realizing that the notion that the landscape has improved when it comes to workplace sexual harassment does not necessarily resonate with women who have reached the pinnacles of their careers. These women often had to fight hard to climb their respective career ladders, with nowhere to turn to address the abuse they encountered on the way up. Getting to the top for them was not a linear journey, and they are still healing from the trauma of their younger years of employment.

In one recent case, Alberta’s sole female heart surgeon, Doctor Teresa Kieser, filed a human rights complaint against Alberta Health Services. She takes the position that she suffered for years, alleging various pay equity issues, sexual harassment and gender-based discrimination. She speaks of years of being paid less than her peers, being left out of important patient work and being mercilessly questioned by her male colleagues, who she says were not accountable in the same manner that she was forced to be.

No one wanted to take responsibility for her grievances and the defence is largely housed around her non-status as an employee.

The issues in her case are two-fold: First, that her journey as a respected surgeon was allegedly sullied by years of being ostracized by her male colleagues and, second, that the hospital that she worked for refused to take responsibility for the alleged abuse as it was technically not her “employer.”

Other female physicians have complained of long-standing abuse at the hands of both their male colleagues and those to whom they reported.

For young female residents, the complaints are often housed with both the hospital and the university that is tasked with overseeing their residency. In most cases, both institutions try and absolve themselves of any responsibility in taking the position that there is little, or no, duty of care owed.

We concede that no one wants to see physicians as a vulnerable group — they are relatively well compensated and respected, and admittedly this does little to garner sympathy for them. But it is our view that the courts and administrative tribunals should and likely will find a way to close this technical loophole.

In the meantime, employers should not assume that adjudicators will exempt third-party contractors from the rules that protect employees when dealing with allegations of harassment. Treat the complaints from these non-employees in the same manner that you would your employees. It will save you potential legal heartache and, most importantly, will contribute to a safe and healthy work environment for every person that thinks of your company as their “workplace.” If someone can call your company their “workplace,” chances are that they are entitled to every single employment protection that any other employee has.

How an organization responds to employee trauma matters.  Taking responsibility for the bad things that happen to your employees, and rectifying them by investigating promptly, offering support, and removing perpetrators — all matters, and all contributes to effective healing. The alternative can be a very costly day of reckoning.

Got a question about employment law? Write to Howard at levitt@levittllp.com.
Howard Levitt is senior partner of Levitt Sheikh, employment and labour lawyers with offices in Toronto and Hamilton. He practices employment law in eight provinces. He is the author of six books including the Law of Dismissal in Canada. Muneeza Sheikh is a partner at Levitt Sheikh.
GOOGLE ADVERTISEMENT