The Government is committed to a fair and impartial criminal justice system that protects communities and respects the needs of victims while guarding against potential miscarriages of justice. PHOTO: Justice Minister David Lametti has ordered a new trial for a man who was convicted of murder in 1995 after finding a likely miscarriage of justice. (Adrian Wyld/Canadian Press)

OTTAWA, ON, March 29, 2022 /CNW/ – The Government is committed to a fair and impartial criminal justice system that protects communities and respects the needs of victims while guarding against potential miscarriages of justice.

The Honourable David Lametti, Minister of Justice and Attorney General of Canada, announced today that following an extensive review, he has ordered a new trial for Mr. Gerald Klassen under the conviction review provisions of the Criminal Code.

Before deciding to order a new trial or appeal, the Minister of Justice must be satisfied that there is a reasonable basis to conclude that a miscarriage of justice likely occurred. Determining whether a miscarriage of justice likely occurred involves a close examination of information initially submitted in support of the application, followed by an in-depth investigation. A key consideration is whether the application is supported by new matters of significance, usually new information that has surfaced since the trial and appeal.

The Minister’s decision that there is a reasonable basis to conclude that a miscarriage of justice likely occurred is the result of the identification of new information that was not before the courts at the time of Mr. Klassen’s trial or appeal. It is not a decision about the guilt or innocence of the applicant, but rather a decision to return the matter to the courts where the relevant legal issues may be determined according to the law.

In 1995, Mr. Klassen was found guilty of first-degree murder and sentenced to life imprisonment. In 1997, the British Columbia Court of Appeal dismissed his appeal and the Supreme Court of Canada declined to hear his case. He served nearly 26 years in prison before being released on bail pending ministerial review in December 2020.

Mr. Klassen’s matter has been remitted to the Supreme Court of British Columbia for a new trial.

We recognize the importance of Canadians having confidence in their justice system, one that is impartial and respects the needs of victims while protecting against potential miscarriages of justice. After a thorough review of Mr. Klassen’s case, I am satisfied that there is a reasonable basis to conclude that a miscarriage of justice likely occurred and that a new trial should be ordered.

The Department of Justice works to ensure that Canada’s justice system is as fair, accessible and efficient as possible. The Department helps the federal government to develop policy and to draft and reform laws as needed. At the same time, it acts as the government’s legal adviser, providing legal counsel and support, and representing the Government of Canada in court.

LEARN MORE about the Department of Justice Canada (DOJ) A Miscarriages of Justice Commission Report 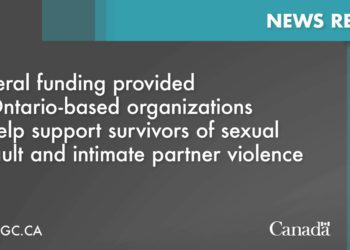