Parts of Canada’s customs legislation as it relates to searching a personal digital device like a cellphone or laptop computer at the border is no longer in effect in two provinces after court decisions struck it down as unconstitutional. In October 2020, the Alberta Court of Appeal struck down a portion of the Customs Act which gave border officials the power to examine any goods that have been imported into the country, as well as wording which defined “goods” as “conveyances, animals and any document in any form,” as unconstitutional.

The court held the legislation violated the Charter’s protections against unreasonable search as it applied to digital devices because it did not impose limits on when and how the searches could be conducted (R v. Canfield 2020 ABCA 383). The decision was made in the case of two men, Sheldon Canfield and Daniel Townsend, who had been convicted of possession of child pornography after their devices were searched at the border — two convictions which were ultimately upheld, despite the constitutional concerns.

The court suspended its declaration of constitutional invalidity for a year, and later granted a six-month extension. But on April 20 Justices Jo’Anne Strekaf and Ritu Khullar denied the government’s request for a second six-month extension, writing that “public confidence is undermined when a law that has been declared to be unconstitutional continues to have effect in other than extraordinary circumstances.”

“The policy issues with respect to the [initial] Canfield decision and proposed legislative component were approved by the government in the late spring of 2021, and we were told that the government had been working to introduce legislation in the fall of 2021,” the two wrote in Her Majesty the Queen (Canada) v. Canfield 2022 ABCA 145. “But no satisfactory explanation has been provided for why legislation was not introduced in the fall of 2021, as planned, during the 19 days that the House of Commons was sitting prior to the holiday season break.”

The declaration of constitutional invalidity came into effect on April 28. Justice Kevin Feehan dissented, saying he would have granted the extension until the end of the current federal legislative calendar in June as the government continues to grapple with issues like the COVID-19 pandemic and the Russian invasion of Ukraine. And earlier this month, an Ontario Superior Court justice also struck the search provisions of the Act as they applied to personal digital devices, meaning the legislation was no longer in effect in two of Canada’s largest provinces on the same day (R. v. Pike 2022 ONSC 2297). 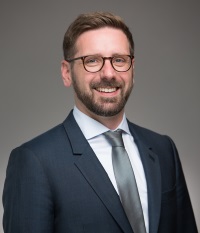 Michael Nesbitt, who teaches national security law at the University of Calgary, said the language in the Act should have been updated 10 or 20 years ago and the fact that it was struck down wasn’t too surprising.

“We are talking about old legislation that was drafted at a time when you look in suitcases, and is now being applied to what a search of a cellphone would look like. And so, one would have hoped for some clarity and updates from government before it came to this, because we are well into the cellphone age now,” he said. “A cellphone has banking apps, personal photos, your e-mail with any documents from doctors and accountants and anything else you might have in there — it is a very different thing than a suitcase.”

Ottawa has not completely ignored the issues raised by the Alberta and Ontario courts. At the end of March, a bill to amend the Customs Act in response to the concerns in the Canfield case was introduced in the Senate by Sen. Marc Gold, a former associate dean at Osgoode Hall law school.

But Kent Teskey of Edmonton’s Pringle Chivers Sparks Teskey, who represented Canfield, said that bill would “probably create more uncertainty in the law, rather than less,” because of its standards for searching a digital device. He noted it refers to the standard for a search as being one of “reasonable general concern.”

“I don’t know quite what that means in terms of what a standard of reasonable general concern actually is. I assume what the government is trying to do is to propose a standard for search less than reasonable suspicion,” he said. “My concern with such a standard is reasonable suspicion is not a particularly high bar already — it is a relatively low standard that the police use in order to determine whether they should detain somebody in a criminal investigation. My position is that it should be something in the nature of suspicion.”

Nesbitt said he felt there would “absolutely” be a challenge of the reasonable general concern standard if the bill comes into law.

“There will be debate as to why you need a whole other standard than reasonable suspicion, and whether reasonable general concern in the context of the border provides any meaningful standard at all,” he said. “The Court of Appeal said there can’t just be no standard where you can search anyone’s cellphone — and they were trying to balance the need for security, especially at the border where you have a reduced expectation of privacy, with the fact that cellphones are something which has got so much private information.”

Representatives from the federal government did not respond to a request for comment by press time.