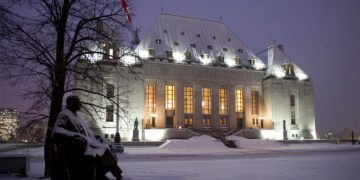 If the Supreme Court strikes down the law that eliminates the extreme intoxication defence, Parliament could respond with the notwithstanding clause. 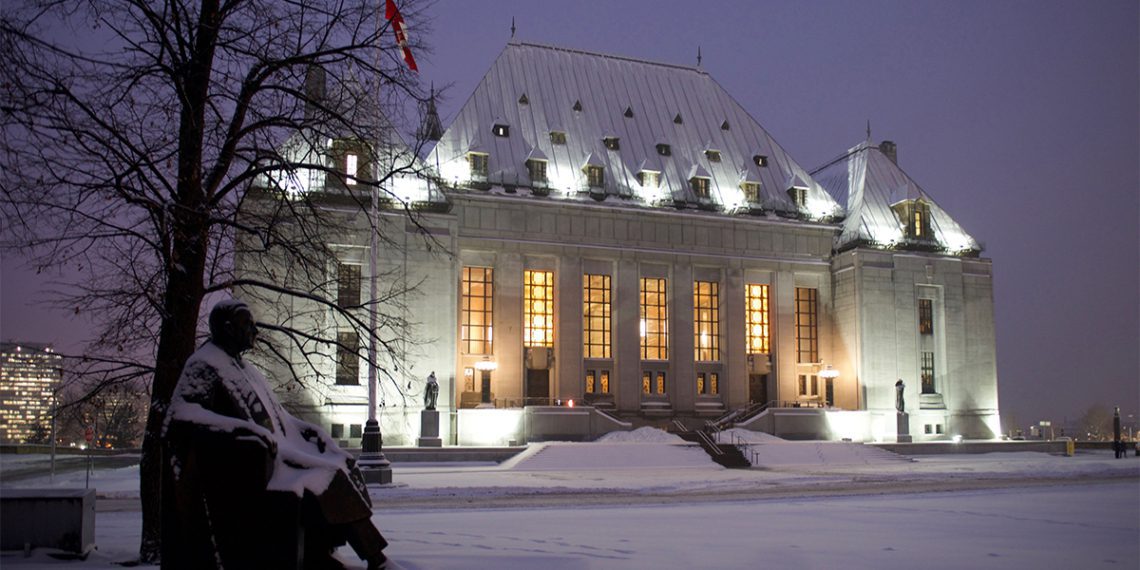 Is the defence of extreme intoxication constitutionally mandated in Canada? We should have an answer soon, when the Supreme Court releases its decision in Sullivan and Chan. At issue in both cases is the constitutionality of Section 33.1 of the Criminal Code, which eliminates the defence of extreme intoxication (sometimes known as drunken automatism) created by the Supreme Court in its 1994 decision in R. v. Daviault.

Some background is necessary here. According to our general principles of criminal law, conviction is warranted only when an accused forms the requisite mental component (or mens rea) of an offence and when the accused has control over his or her actions (what we call voluntariness). Someone who lacks either element should not be convicted in the normal course of things. Indeed, mens rea and voluntariness have been elevated to constitutional principles.

In Daviault – a case involving a sexual assault on an elderly woman with a physical disability – the accused argued that he was so intoxicated that he became in essence a drunken automaton, losing the capacity to control his actions and to form the mens rea necessary to commit the assault. In that case, the Supreme Court held that conviction of an individual who lacked the capacity to act voluntarily or the capacity to form the requisite mens rea would be unconstitutional. Daviault was acquitted.

Public outcry followed the decision and the legislative response was quick. Section 33.1 of the Criminal Code, which was passed one year later, essentially eliminated the drunken automatism defence recognized in Daviault. Its wording is a bit complex, but it boils down to the idea that a person who lacks capacity to form the mens rea or to act voluntarily because of self-induced intoxication cannot use that defence against charges of committing violent offences.

Proponents of Section 33.1 feared that leaving the Daviault defence available would disproportionately burden and jeopardize the health and safety of women and children, who are the primary victims of sexual violence. A recent study by professors Kerri Froc and Elizabeth Sheehy suggests these fears are well-founded. Their review of extreme intoxication cases since Section 33.1’s enactment found “the defence was deeply gendered.” Almost all of the accused were men; nearly half of the cases involved sexual assault or domestic violence; and women were victims of violence in a majority of the cases.

There are strong arguments both in favour of and against Section 33.1’s constitutionality. The Supreme Court will weigh in shortly in the cases of Sullivan and Chan. In both cases, appeal courts have ruled that Section 33.1 is unconstitutional because it violates the accused’s Charter rights.

If the Supreme Court strikes it down – as I believe it will – I want to put forward a tentative case for Parliament to re-enact it or an equivalent, using the notwithstanding clause of the 1982 Canadian Constitution, which permits governments to enact rights-infringing legislation that would not otherwise be constitutionally permissible. The notwithstanding clause is controversial, but has been used by several provincial governments recently.
I offer three reasons why it would be appropriate for the federal government to do this, but I conclude with two complications that give me pause. Underpinning my comments is the assumption that governments should not lightly invoke the notwithstanding clause. Its use should be thoughtful, restrained and necessary (this is a normative claim, rather than a legal one).

First, using the notwithstanding clause to re-enact Section 33.1 of the Criminal Code – if the Supreme Court strikes it down – and thus eliminate the defence of extreme intoxication would address a real risk of violence against women. Froc and Sheehy’s research clearly demonstrates that the extreme intoxication defence is, and will be, invoked in cases of violence against women. The elimination of the defence offers women increased protection from male violence and assurances of equal protection under the criminal law.

Third and related to the second point, under a re-enacted Section 33.1, rights violations will be infrequent. In Daviault itself, the Supreme Court indicated this defence would rarely be successful. Indeed, medical evidence since Daviault suggests that it may not be possible for alcohol consumption alone to cause this state of drunken automatism. Opponents of Section 33.1 often point out that the defence will be rare, so there’s little harm to the public in allowing the defence to operate. But surely its rarity cuts both ways. Why should women bear the brunt of intoxicated violence, if rights violations will be few and far between?

Second, I’ve stated my belief that the notwithstanding clause should be used only where necessary. Without attempting to flesh this out in more detail, I observe that Section 33.1 may not be the ideal answer to the problem of how to punish individuals for intoxicated violence, particularly violence committed against women and children. Others have suggested the government should enact new offences of intoxicated assault, for example, which may pass constitutional muster. If there is a constitutionally sound way for Parliament to address the issue, the notwithstanding clause isn’t needed to save the intent of Section 33.1. Indeed, it is drafted in such a complex way that Parliament may be well-advised to enact a different provision. However, it may be that criminalizing acts committed in a state of drunken automatism inevitably raises constitutional problems. If that’s the case, then the government might consider using the notwithstanding clause to pass legislation, even if that legislation ultimately looks somewhat different than Section 33.1.

Sarah Burningham is an assistant professor of law at the University of Saskatchewan.

IRCC continues to evaluate Express Entry options, but will resume FSWP and CEC invitations in 2022