The B.C. Court of Appeal has ruled that the administrator of a deceased woman’s estate is able to bring a family law claim against the spouse that she separated from several years prior to her death.

The B.C. Court of Appeal has ruled that the administrator of a deceased woman’s estate is able to bring a family law claim against the spouse that she separated from several years prior to her death.

The court’s decision comes as part of a dispute between the estate of Lani Jo Weaver and her former husband, Albert, who had married in 1993 and separated in 2005 but never formally divorced. Lani Jo died in 2020, and her estate administrator filed a notice of claim against Albert seeking a division of family debt and property, which includes real estate in British Columbia, Washington state and Hawaii that was held jointly by Albert and Lani Jo.

Albert sought to strike the claim, arguing the administrator did not have standing to bring it because the provincial Family Law Act (FLA) only allowed a living spouse to bring a claim for division of family property and family debt. But this argument was rejected by the B.C. Supreme Court, a ruling which was upheld by the B.C. Court of Appeal (Weaver Estate v. Weaver 2022 BCCA 79).

Justice Joyce DeWitt-Van Oosten, who authored the unanimous opinion, wrote the fact Lani Jo did not personally commence that proceeding during their lifetime is not a bar to the action and that Albert’s position was inconsistent with the “broad-scoped wording” of both the FLA and the provincial Wills, Estates and Succession Act.

“The property interest underlying the cause of action crystallized on separation and did not abate on death,” she wrote. “Neither the FLA nor the Wills, Estates and Succession Act … stipulate that a claim cannot be commenced by the personal representative of a deceased spouse. It is inconsistent with the general rule, at common law, that causes of action predicated on property interests survive the death of the plaintiff.”

If Albert’s arguments were accepted it would result in a gap in the law that “carries the realistic potential for substantial injustice,” Justice DeWitt-Van Oosten wrote. She noted that in a previous case (Gibbons v. Livingston 2018 BCCA 443), the Court of Appeal held “[w]here a spouse dies after separation but before settlement of their rights and obligations under the FLA, the surviving spouse can commence an action against the estate of the deceased.”

“Under [Albert’s] interpretation, a separated and surviving spouse could seek the division of family property and equal responsibility for family debt against the estate of a deceased spouse,” she wrote. “However, the estate of a separated and deceased spouse (through an administrator or otherwise), could not avail itself of the same relief, even in cases where the death was unanticipated, sudden, occurred shortly after separation, and there was little if any time to realistically commence a family law claim.” 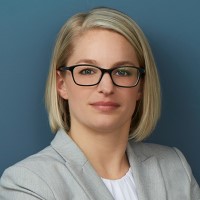 “If this appeal had succeeded it would have resulted in a surviving spouse being able to bring a claim against an estate, but an estate not being able to commence a similar action,” she said. “And the estate of a deceased spouse would then be required to rely on the law of equity and unjust enrichment.”

Simington also said she was surprised that the issue hadn’t come up in court before.

“But I absolutely do not expect that this is the first notice of family claim filed on behalf of an estate — I am sure there are a number of cases that assumed this was the law and proceeded on that basis,” she said. “This was just the first one someone decided to test.”

Counsel for Albert Weaver did not respond to a request for comment.

City cop off the hook in ticket-fixing case