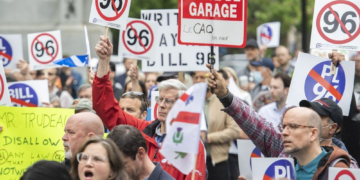 A constitutional challenge to Quebec’s Bill 96 has passed its first hurdle. 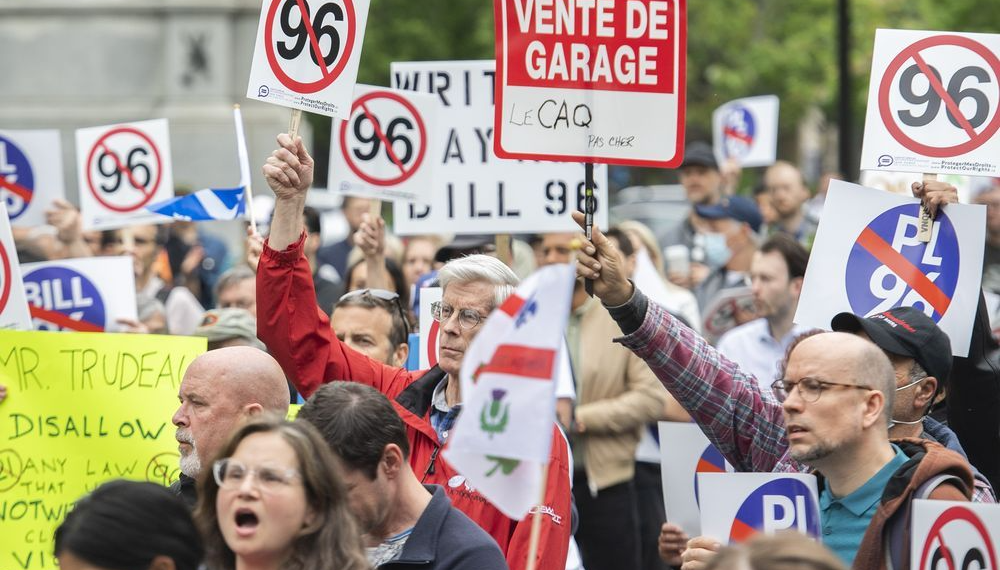 A constitutional challenge to Quebec’s Bill 96 — which updated existing law regarding the use of French language in Quebec — has passed its first hurdle.

In an 18-page judgment released Aug. 12 and written by Justice Chantal Corriveau, the Superior Court of Quebec agreed to suspend the translation requirement that would apply to all English-language court pleadings filed in Quebec courts and administrative tribunals, until the matter can be decided by the same court.

The decision comes as the result of five Quebec lawyers bringing a request for delay (a sixth plaintiff has withdrawn since the pleadings were filed).

Bill 96 overhauls Bill 101, replacing some sections, adding additional clauses to existing amendments and changing the wording of various regulations in Quebec’s Charter regarding the use of French language in business, education, publications, commerce, marketing, health care and the courts.

The bill was adopted by the Quebec legislature on May 24 and assented to June 1. Some provisions are already in law, while the contested provisions will enter into force on Sept. 1, and other elements between 2023 and 2025.

In their pleadings the plaintiffs claimed that the court need to decide on the “serious issue” of access to justice, the provision of which “in French or English is a cornerstone of the Québec justice system.”

Section 133 of the Constitution Act, 1867 “has enshrined the right that any person may use either French or English in any pleading or process before any court in Québec,” the plaintiffs wrote in their pleadings. “As the Supreme Court has repeatedly ruled, this is a robust guarantee that extends to natural and legal persons (corporations), and applies to oral and written arguments.”

They charged that two of the provisions of Bill 96 — sections 9 and 208.6 — are unconstitutional.

“These provisions require that any legal person wishing to file a pleading drafted in English before a Québec court must attach to the pleading a certified French translation prepared by a certified translator, the whole at the cost of the legal person,” the plaintiffs noted. “If a pleading drafted in English is not accompanied by such a translation, it is prohibited from being filed with the court.”

While not deciding on the issue of constitutionality, the Superior Court agreed to suspend the requirement until the matter is decided.

“The plaintiffs have demonstrated irreparable harm should the new provisions come into force during the proceedings, in particular since the new provisions may make access to justice impossible or illusory in cases involving urgent proceedings,” the court noted in its reasons (translated from the original French) in Mitchell et al. c. PGQ.

The result of the decision is that legal persons (personnes morale) will be allowed to address the court in English, without certified translation to French, until the Superior Court makes a ruling on the constitutionality of the new provisions, said lead counsel for the plaintiffs Félix-Antoine T. Doyon of Doyon Avocats in Quebec.

“We invoked the principle of access to justice” in arguments before the court, “and we strongly believe that [those legal persons] who want to address the court in English, they will have a problem,” Doyon told The Lawyer’s Daily. There is a “fear that sections of the new law will create boundaries to access to justice,” he added.

The Barreau du Québec was an intervener in the case, supporting the arguments of the plaintiffs.

“The plaintiffs demonstrated a public interest and not just a private interest, which can be served by suspending the application of the two provisions under consideration,” the court found in granting the stay requested during the proceedings until the Superior Court makes a final judgment.

The plaintiffs were represented by Félix-Antoine Doyon and Kamy Pelletier-Khamphinith of Doyon Avocats in Quebec.

The Attorney General of Quebec was represented by François-Alexandre Gagné, Manuel Klein and Maxence Duchesneau of the Department of Justice (Quebec).