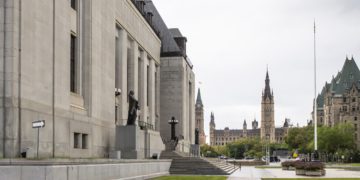 The courts can only move so fast, which is why advocates want the current government to be more agressive in repealing mandatory minimum penalties. 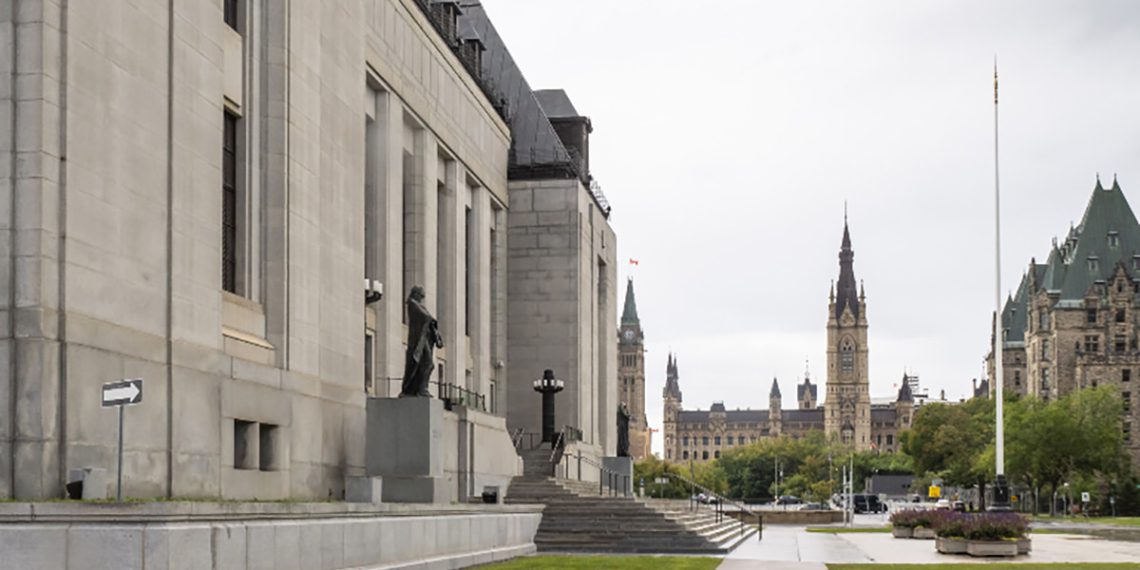 In the final week of their winter sitting, the Supreme Court of Canada heard four cases that dealt with aspects of sentencing laws that emerged from the era of Stephen Harper’s Conservative government and its tough-on-crime focus.

Both R. v. Hills and R. v. Hilbach dealt with mandatory minimum sentences, while R. v. Sharma was about whether limiting the availability of conditional sentences violated the equality rights of Indigenous offenders. In R. v. Bissonnette the court must consider the constitutionality of consecutive periods of parole ineligibility — 25 years each — for multiple murders. The court reserved judgment on all four.

It isn’t unusual for the top court to hear related appeals together, but the grouping of these cases is noteworthy.

“Since the 2015 and 2016 decisions from the Supreme Court of Canada in Nur and Lloyd, statutory mandatory-minimum incarcerations have been at risk of being found unconstitutional,” says Eugene Meehan, a partner at Supreme Advocacy LLP in Ottawa, who was not involved in any of the appeals. “However, Canada’s legal system generally prefers to make incremental changes in the law, so it takes some time for those challenges to work their way through the courts. Often the Supreme Court will wait a few years until there’s a clear conflict in lower courts before taking an issue up again.”

Meehan notes that the Hills, Hilbach, and Sharma appeals presented the type of conflict in the law that the Supreme Court of Canada is looking for when it grants leave. In Hilbach, there were multiple sets of reasons at the Alberta Court of Appeal, including a dissent. Justice Thomas W. Wakeling went so far as to invite the Supreme Court, explicitly, to revisit its “unsound” cruel and unusual punishment jurisprudence. As well, there was dissent in Sharma.

“These cases highlight the constitutional balancing between courts attempting to uphold the Charter while also recognizing that Parliament has the authority to determine principles that govern sentencing laws,” Meehan says. “These cases all involve big policy questions. Like trying to divine juridical water with a stick, Canada’s courts are trying to find where certain punishments fit within Canadian values for criminal justice. It’s a process, an evolution, and it’s not over—to quote an Italian proverb—until the king and the pawn go back in the same box.”

Eric Gottardi, a senior partner at Peck and Company in Vancouver, who represented the CBA as intervenors in the Hills, Hilbach, and Sharma hearings, says a theme emerged.

“Some [justices] asked whether Section 15 might be a source if there was a constitutional dimension or requirement that there be at least some residual discretion in these cases where the government attempted to remove judicial discretion completely,” he says. “That was interesting and exciting to hear from the questions.”

Lisa Kerr, who serves as the director of the Criminal Law Group at Queen’s University law school, says that Section 15 questions were not surprising as its jurisprudence is complex and has gone through various iterations over the years.

“Many of us, including law professors, lawyers and judges, struggle with exactly what the Section 15 test is, and how to apply it,” says Kerr. “One of the intervenors, Emilie Tamman for the Elizabeth Fry Society, pointed out in her factum that Section 15 has had surprisingly little application in the criminal justice context, and it’s surprising because the criminal justice system has had a disproportionate impact on racialized people.”

According to Kerr, there was also a powerful Section 7 argument that the law was overbroad given its purpose. If the idea is to ensure that serious offenders are barred from conditional sentences, the law overshoots that purpose because it captures people like Sharma who are not serious offenders. Cheyenne Sharma had pleaded guilty to importing two kilograms of cocaine, contrary to the Controlled Drugs and Substances Act.

“If I had to guess, if the Ontario Court of Appeal decision is upheld, it will be on Section 7 grounds,” Kerr says.

Regarding Bissonnette, Kerr notes that the panel’s toughest questions were put to those who wanted to uphold the law, including the federal government and the various provincial attorneys general.

“The flaws of that law were really vigorously exposed,” Kerr says. “That Harper-era law was pure symbolism. Those who had multiple murder victims already had a very tough time in front of the Parole Board, and all that law did was remove the ability for those folks to go before the Parole Board before 25 years. There was no right of release at 25 years—there was only the right to go before the Parole Board, which is very risk-averse when you have multiple murder victims on your file.”

Kerr adds that the Supreme Court is responsive to the idea that imprisonment is supposed to contain an element of rehabilitation, and that life without the possibility of parole is beyond the pale in a country like Canada.

Gottardi notes that it emerged over the hearing that the mandatory minimums at issue in Hill and Hilbach were from the same legislative package as the ones struck down in Nur, while the other was from a similar 2008 legislation.

“We told Parliament on three different occasions now that they need to create a safety valve if they want to create new mandatory minimums or save them from a challenge, and they haven’t done anything,” Gottardi says. “Should [the courts] create one? Obviously, that could potentially be viewed more as a legislative type of action than a judicial interpretation.”

Gottardi adds there is a sense of frustration in the courts that mandatory minimums cases are coming before them piecemeal. Ideally, the government would take it upon itself to address them as a whole, which would be easier on everyone, either by abolishing them as the current government has promised to or bringing them in line with other common law jurisdictions.

“It’s mind-boggling,” Gottardi says of the delay in repealing the mandatory minimums. “It can’t possibly be for fear of opening themselves up to criticism from the Conservatives for being soft on crime. Mandatory minimums across the board—there is scientific consensus that they are ineffective and they don’t make anyone any safer.”

Gottardi says that the changes are long overdue, and while Bill C-5, currently before committee in the House of Commons, would bring conditional sentences back for cases like Sharma, he notes there’s been no improvement in the mass incarceration of Indigenous people in the 20 years since Gladue.

“A little bit of criticism from the other party or in the press is a small price to pay to make any headway in that crisis, and it’s shameful that we’re not taking stronger action to fix that, when some of the fixes are easy,” says Gottardi.

According to Kerr, part of what makes Bill C-5 significant is that it would be the first time a government has repealed a mandatory minimum.

“That bill puts an end to the Harper-era experiment with mandatories for drug crimes—it takes every mandatory minimum out of the [Controlled Drugs and Substances Act],” she says. “That is a significant repudiation of that policy.”

Bill C-5 would be more expansive with respect to conditional sentences than a victory in Sharma. “That would take care of the problem in Sharma, and it would take care of a few other provisions as well,” says Kerr. “It would be meaningful restoration of judicial discretion to impose conditional sentences, really in almost every case where the sentence the judge would have imposed is less than two years. That means we can send a lot of people into strict house arrest rather than chaotic, destructive provincial jails.”

Meehan notes that Justice Michael Moldaver has announced he will retire in September, and that this may be one of his final batches of criminal law cases.

“He has been on the court over a decade,” Meehan says, calling him “the court’s criminal law eminence grise.”

“It’s an opportunity to put the finishing touches on a 32-year judicial career.”

Dale Smith is a contributor based in Ottawa