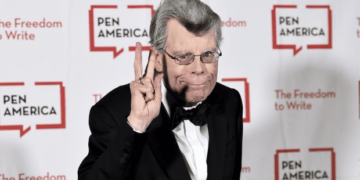 The US Justice Department bids to convince a federal judge that the proposed merger of Penguin Random House and Simon & Schuster would damage the careers of some of the most popular authors. 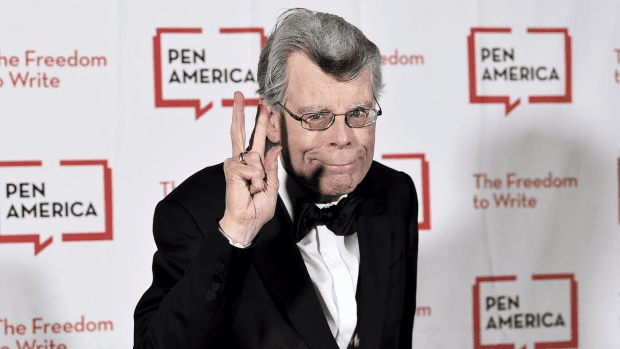 PHOTO:FILE - PEN literary service award recipient Stephen King attends the 2018 PEN Literary Gala at the American Museum of Natural History on May 22, 2018, in New York. King is expected to take the stand at a federal antitrust trial in Washington. King is scheduled to be a witness for the Justice Department as it attempts to block the proposed merger of two of the world's biggest publishers, Penguin Random House and Simon & Schuster. (Photo by Evan Agostini/Invision/AP, File)

WASHINGTON (AP) — As the Justice Department bids to convince a federal judge that the proposed merger of Penguin Random House and Simon & Schuster would damage the careers of some of the most popular authors, it is leaning in part on the testimony of a writer who has thrived like few others: Stephen King.

The author of “Carrie,” “The Shining” and many other favorites, King has willingly — even eagerly — placed himself in opposition to Simon & Schuster, his longtime publisher. He was not chosen by the government just for his fame, but for his public criticism of the $2.2 billion deal announced in late 2021, joining two of the world’s biggest publishers into what rival CEO Michael Pietsch of Hachette Book Group has called a “gigantically prominent” entity.

“The more the publishers consolidate, the harder it is for indie publishers to survive,” King tweeted last year.

One of the few widely recognizable authors, known for his modest-sized glasses and gaunt features, King is expected to take the witness stand Tuesday, the second day of a federal antitrust trial anticipated last two to three weeks.

He may not have the business knowledge of Pietsch, the DOJ’s first witness, but he has been a published novelist for nearly 50 years and knows well how much the industry has changed: Some of his own former publishers were acquired by larger companies. “Carrie,” for instance, was published by Doubleday, which in 2009 merged with Knopf Publishing Group and now is part of Penguin Random House. Another former King publisher, Viking Press, was a Penguin imprint that joined Penguin Random House when Penguin and Random House merged in 2013.

King’s affinity for smaller publishers is personal. Even while continuing to publish with the Simon & Schuster imprint Scribner, he has written thrillers for the independent Hard Case Crime. Years ago, the publisher asked him to contribute a blurb, but King instead offered to write a novel for them, “The Colorado Kid,” released in 2005.

“Inside I was turning cartwheels,” Hard Case co-founder Charles Ardai would remember thinking when King contacted him.

King himself would likely benefit from the Penguin Random House-Simon & Schuster deal, but he has a history of favoring other priorities beyond his material well-being. He has long been a critic of tax cuts for the rich, even as “the rich” surely includes Stephen King, and has openly called for the government to raise his taxes.

“In America, we should all have to pay our fair share,” he wrote for The Daily Beast in 2012.

Attorney Daniel Petrocelli argued for the defense that the industry was actually diverse, profitable and open to newcomers. Publishing means not just the Big Five, but also such medium-size companies as W.W. Norton & Co. and Grove Atlantic. The merger, he contended, would in no way upend the ambitions so many hold for literary success.

“Every book starts out as an anticipated bestseller in the gleam of an author’s or an editor’s eye,” he said.