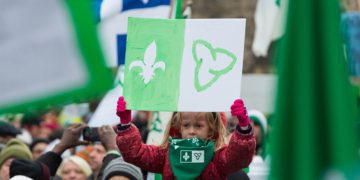 The federal, Quebec and Ontario governments are revising their language laws in ways not seen since the 1980s. 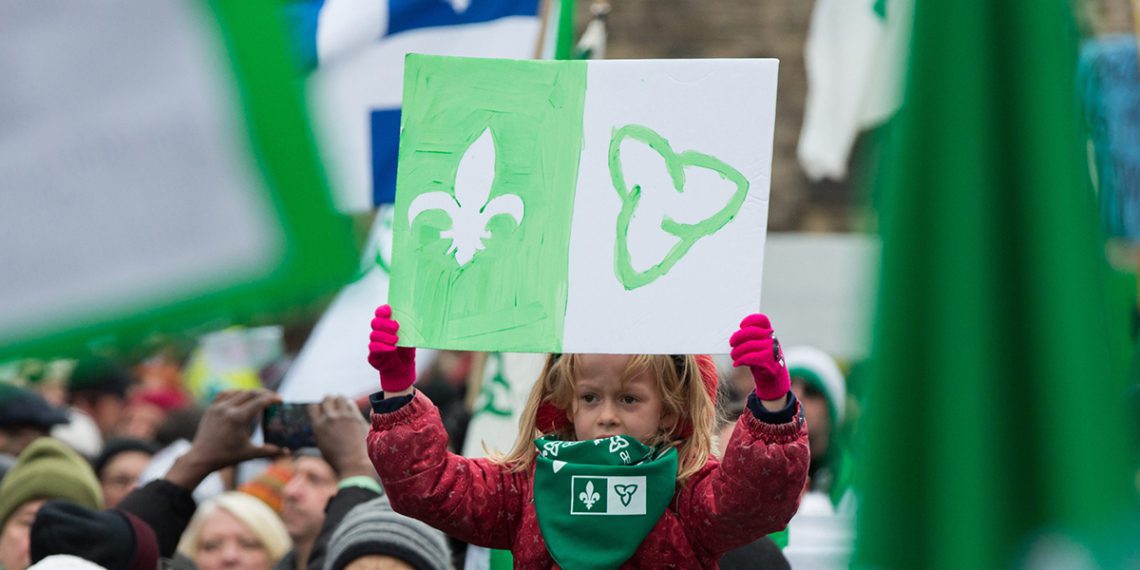 (This article has been translated from French.)

For the first time in more than thirty years, three major language policies are front-and-centre in Canadian politics: The Official Languages Act at the federal level, the Charter of the French Language (commonly referred to as Bill 101) in Québec and the French Language Services Act in Ontario.

The Ontario government passed changes to its law in December 2021, while the new legislative initiatives in Québec and Ottawa are expected to be enacted in 2022. There are plans to revise a fourth law, New Brunswick’s Official Languages Act, in 2022.

Not since the 1970s and 1980s has there been such concerted action on language policy in Canada. The Québec government passed the Charter of the French Language in 1977. In 1981, New Brunswick recognized the equality of its two official-language communities (anglophone and francophone). In 1986, Ontario passed its first French Language Services Act; the federal government went ahead with a complete overhaul of its Official Languages Act in 1988.

Viewed through the lens of constitutional debates, it is easy to understand the eagerness on the part of the provinces and Ottawa at that time. Currently there is no constitutional crisis, but there are many who have expressed concern over the future of the French language in the country. The government of Canada acknowledged in the Speech from the Throne in 2020 that French is in a weak position in the country and in North America. What’s more, the pandemic has exposed the unequal treatment of the French and English languages, particularly within the federal civil service.

On March 1, 2022, the new Minister of Official Languages, Ginette Petipas Taylor, introduced Bill C-13, an Act to Amend the Official Languages Act, to enact the Use of French in Federally Regulated Private Businesses Act and to make related amendments to other Acts. The proposed law is based on three key principles to guide the interpretation of language rights and government action on official languages:

Bill C-13 makes it clear that the government of Canada must enact “positive measures” that are “concrete and taken with the intention of having a beneficial effect” on the flourishing and advancement of official-language minorities. It also includes a separate law regarding the federal government’s duty to encourage the use of French (at work and as language of service) in federally regulated private businesses located in Québec and in the rest of the country where there is a strong francophone presence. Finally, the Commissioner of Official Languages is given the power to impose financial penalties in the transportation sector. Mandatory bilingualism at the Supreme Court of Canada is also confirmed.

The reference to the principle of substantive equality in Bill C-13 represents a major change in the representation of the country’s two official languages. It confirms that the advancement of French and English equality in Canada includes the use of distinct means of action, especially to meet the needs of the francophone minorities. The bill is not as bold when it comes to implementing measures to make it easier for civil servants to work in French and to make French a language of integration in the country. It nonetheless reasserts the equality of the two official languages in the matter of institutional bilingualism.

A move to make French the common public language in Québec

In Quebec, Bill 96, An Act respecting French, the official and common language of Québec, also aims to check the decline of French. Bill 101 sought to make French “a useful and necessary language,” while Bill 96 aims to make it a truly common language, namely “the language of reception and integration of immigrants.”

Bill 96 plans to strengthen the use of French as the language of government and of citizen relations, as well as making parliamentary institutions compliant. It creates the position of French-language commissioner and strengthens the Office québécois de la langue française. It recognizes new language rights for employees seeking employment and adds francization requirements that Quebec companies, including federally regulated private businesses, must meet. Finally, Bill 96 opens up to the reality of the Canadian Francophonie and proposes measures to ease student mobility and higher education in French, a matter completely ignored in Bill 101.

Bill 96 bolsters Quebec’s efforts in the promotion of French, but without breaking with certain compromises, particularly with respect to Section 133 of Bill 101, which allows an organization or business to be exempt from application of the law for up to one year. As well, the freedom to choose the language of higher education is maintained. Furthermore, there is no reference to Indigenous languages, though they were mentioned in Bill 101.

Towards a recognition of the diversity of the Franco-Ontarian community

Ontario’s French Language Services Act includes two changes. It recognizes the diversity of the Ontario Francophonie in its preamble. It is guided by the principle of active offer, or the concept that services in French must be shown to be accessible. In other words, the Ontario government must commit to offering these services to Franco-Ontarians as a matter of course, rather than waiting to be asked to do so.

Currently, Ontario’s government offers service in French at designated institutions in designated bilingual regions. There are 26 such regions in the province, representing about 80 per cent of Ontario’s francophone population. The government also broadened the powers of the Minister of Francophone Affairs by granting her the authority to provide new services in French outside the bilingual regions.

However, this updating of Ontario’s law is not a departure from the province’s step-by-step approach to offering services in French. This administrative approach is still not very restrictive, despite the new accountability requirement to be imposed on different ministries. The Ontario government favours a “baby-steps approach,” the notion that offering services in French must be done in a gradual, practical and reasonable fashion. Ontario has no intention of becoming an officially bilingual province; changes to its law will have no effect on the current situation.

The desire to strengthen the French language against the dominance of English in North America and Canada is part of the reasoning guiding the federal, Quebec and Ontario initiatives. The bills highlight the key role governments play on the language-policy front in encouraging linguistic diversity. The principle of substantive equality set out by Ottawa, the recognition of French as the common public language in Quebec, and the mandating of active services in Ontario represent major progress for the country in terms of French representation. However, in order to further advancement of the substantive equality of French, the new laws will have to rely on implementation mechanisms and measurement tools that will allow for continuous monitoring in anticipation of their next revision, in ten years.

Linda Cardinal is a professor and member of the executive team at the Université de l’Ontario français (Toronto). She is also a member of the Centre on Governance at the University of Ottawa and professor emeritus at the School of Political Studies. She is the co-author, with Miranda Huron, of “Les politiques linguistiques du Canada sont bien établies mais susceptibles d’amélioration” (2022), part of a new series on language policy in federal states, by the Forum of Federations.

Rémi Léger is associate professor of political science and French Cohort Program Director at Simon Fraser University. He has been editor of the publication Francophonies d’Amérique since 2017.