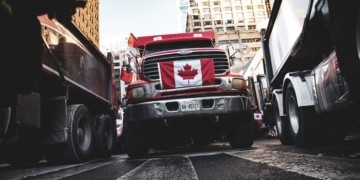 The Act may have been revoked mere days after it was introduced, but the ramifications for Canada's financial sector could reverberate for years to come. 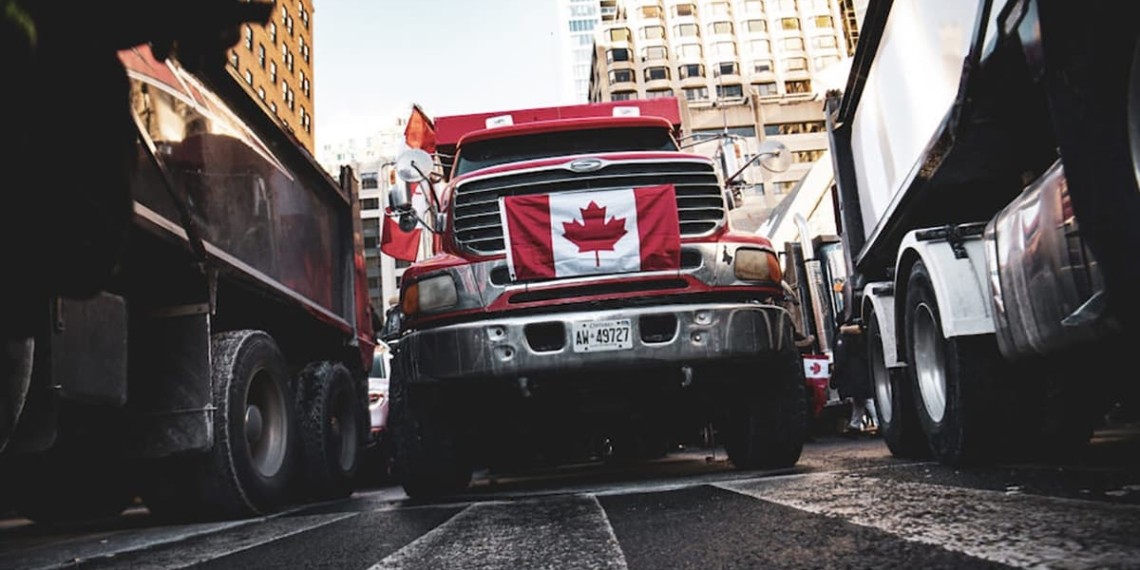 Canada’s Emergencies Act may have been revoked just over a week after it was introduced, but the ramifications for Canada’s financial sector could reverberate for years to come.

The extraordinary invocation of the Act — its first-ever usage — came as police in Ottawa struggled to clear out a blockade in the city’s downtown core, which frustrated residents, snarled traffic, and caused a litany of security concerns.

All the while, the occupiers were lavished with funds: Their initial GoFundMe campaign roped in some $10 million before they even arrived in Ottawa, but the crowdfunding website shut it down. All in all, only $1 million was released.

After their occupation was declared illegal, the occupiers moved to GiveSendGo, a crowdfunding platform more friendly to right-wing causes. Another $10 million rolled in. A litany of smaller crowdfunding operations followed, including a Bitcoin fund, the creation of a novel cryptocurrency, a series of e-transfers, and cash donations. It all amounted to a small war chest designed to keep the occupation going. As the federal government devised plans to dislodge the occupation, that pool of cash became a prime target.

Two extraordinary measures stood out when the Trudeau government introduced the Emergencies Act and its enabling orders. The first was that any bank or credit agency had to immediately cease “making available any property, including funds or virtual currency” to those blocking critical infrastructure and borders. The government also ordered the banks to stop “providing any financial or related services” to those occupiers. The order stipulated that any institution that complied with these orders would be immune from liability.

The Act also required crowdfunding services to register with the Financial Transactions and Reports Analysis Centre (FINTRAC) and report any transactions over a certain threshold, or deemed suspicious.

The measures evoked a flurry of concern: Abby Deshman, director of criminal justice for the Canadian Civil Liberties Association, warned it would enable the government “to freeze the bank accounts and cut off financial services provided to anyone who has attended, or who has provided assistance to those participating in, a prohibited assembly – all without judicial oversight.”

A fear became prominent, partly egged on by politicians proffering stories of constituents facing holds on their credit cards, that either the police or the banks had launched an ambitious effort to freeze accounts even loosely tied to the occupation.

The banks, she says, aren’t keen to freeze accounts first and ask questions later. “I think they’re quite circumspect, generally speaking,” she said. “You are dealing with, usually, a massive institution with layers and layers of checks and balances.” Those processes, she says, haven’t sprung up overnight. “They have, obviously, very mature compliance functions, right? They do this all day, every day.”

Certainly, Molino says, the banks are on the prowl for dubious transactions, especially large ones. But even the immunity clause in the Act didn’t assuage fears in a notoriously risk-averse sector. “Their lawyers were frantically trying to interpret this legislation,” she said. “And trying to figure out how to apply that in practice — which is always different than just reading the text, and telling people to go off and freeze the accounts of designated persons.”

A spokesperson for Finance Minister Chrystia Freeland insisted that it was police — not politicians — who were flagging accounts for action by the banks.

“The Department of Finance, nor the Minister’s office, have not and do not give any names to financial institutions, nor do they have the names of any individuals who have had their accounts frozen,” they told CBA National. Roughly 200 occupiers had their accounts frozen, thanks to names referred by the RCMP. But the orders make clear that banks are expected to constantly monitor their clients’ activities for participation in the financing of those illegal acts stipulated under the Act. They mustn’t just rely on the police’s lists.

Molino understands concerns about overreach. “Is buying coffee for these people — is that considered indirectly supporting them?” She says. “But I think it’s largely theoretical. You know, I would be interested in seeing if those stories sort of pan out.”

The orders clarify that while banks can freeze the accounts of those contributing money or property to the illegal activity, it is not required. However, financial services were required to cease enabling those transactions or providing financial services to any entity using money or property to enable those illegal activities. Blocking an e-transfer, for example, would satisfy the order.

Nevertheless, figuring out where these compliance orders begin and end — beyond that list supplied by police — is a tall order. A primer prepared by Fasken underlined the challenge present for financial institutions: “Absent a list of persons, it is not clear how financial entities will be able to determine with certainty and in the time available whether it is dealing in property that is owned, held or controlled, directly or indirectly not only by a designated person.”

The spokesperson for Freeland’s office stressed the measures were “temporary.” The account freezes “will remain in force no longer than the declaration of public order emergency lasts,” they stressed. With the order over, the freezes have lapsed.

Molino points out that the very mechanism that caused the consternation of overreach — the immunity clause — is the same one that will ensure the frozen accounts go back to normal as soon as possible. “If you’re just following the process that’s set out, then those accounts should be unfrozen,” she says — stressing that there could be any number of other court orders, forfeiture actions, or criminal charges that could lead to those accounts still being frozen. But the powers under the Emergencies Act should disappear. “That continuous obligation to report, that’s set out in the emergency order, would also lapse.”

According to Molino, there could be a brief period where these accounts remain inaccessible. But banks have robust internal compliance regimes. The longer they leave accounts frozen, without the immunity provided by the Act, the higher the risk they run. “There is exposure, for sure,” she says.

CBA National spoke to another lawyer familiar with the situation, who wasn’t in a position to comment on the record. As one put it, “The Emergencies Act provides on an interim and temporary basis, a lower standard for freezing [accounts]. But it is possible that they will turn around and go get restraints under the Criminal Code.” (That lower standard, they note, does not even require reasonable grounds to believe that the assets are being used to a nefarious end.)

In Ontario, the Crown can pursue both a criminal forfeiture action — if the individual in possession of the property, whether it be a bank account full of donations or a semi-trailer truck, is charged with a crime — or they can pursue a civil remedy. The Civil Remedies Act specifically allows for the seizure and liquidation of assets, including vehicles, used in “conspiracies that injure the public.”

Ottawa Mayor Jim Watson has entertained that prospect, suggesting that selling the trucks used in the occupation could pay off the city’s incurred costs from dealing with the occupation.

But now with the Act revoked and accounts unfrozen — save those subject to civil action — Ottawa will need to move to launch an action if it intends to seize that property.

The federal government says they have little interest in forfeiture orders. “This was a measure that was taken to end the blockades and the occupation,” the spokesperson said. “It is not a retroactive measure. It was a very targeted measure. It was not a permanent measure. We have no intention, nor the right, to take peoples’ money. This was really a way to end the illegal blockades and occupation.ʺ

Still, even though these measures lasted just a week, they marked a significant new expansion of federal power into the financial sector, if not necessarily all that shocking.

“It always sort of surprises people, I think, the degree of regulation that exists all around us,” Molino says. “It’s invisible, right?” Molino points to an effort to expand FINTRAC to cover crowdfunding and more online transactions. It is not a particularly controversial concept, she notes.

“Canada has strong anti-money laundering [AML] protections,” she says. “But it is certainly not at the bleeding edge for AML.” The United States and elsewhere have already expanded their own FINTRAC-equivalents to cover online contributions.

“Comparatively speaking to the EU, our AML regime is fairly light,” Molino says.

Justin Ling is a regular contributor based in Ottawa.