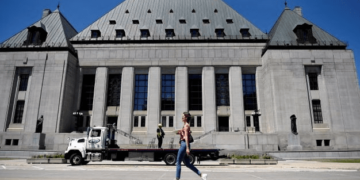 The highest court in the country did not explain Thursday the reasons for its decision. 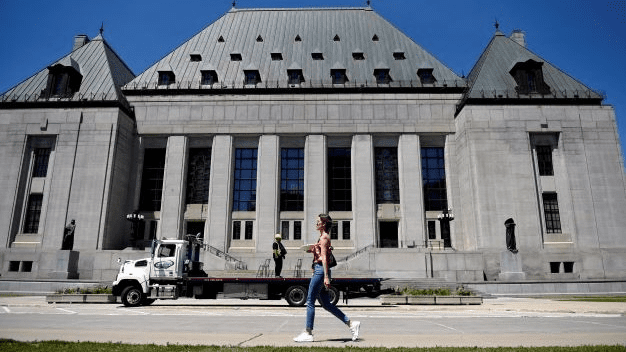 PHOTO: The Supreme Court of Canada is seen in Ottawa, on Thursday, June 17, 2021. THE CANADIAN PRESS/Justin Tang

The Supreme Court of Canada has refused to hear the appeal of Stanislas Bricka, a lawyer from Saint-Bruno-de-Montarville, Que., who asked the courts to declare the renewal of the state of health emergency by the François Legault government invalid.

As usual, the highest court in the country did not explain Thursday the reasons for its decision.

Bricka suffered a first setback in Superior Court and then another one in January in the Quebec Court of Appeal.

He was challenging the interpretation of section 119 of the Public Health Act, which authorizes the government to renew a state of emergency for periods of up to 10 days without the consent of the National Assembly.

The complainant argued that one must look for “the intention of the legislator” and that the legislator did not want the state of emergency to be renewed successively without consulting all the MNAs. According to him, each renewal should be subject to the same conditions as for the initial decree.

In its decision, the Court of Appeal ruled that section 119 is not ambiguous. It recognized that the Public Health Act creates an imbalance between legislative and executive powers, but that this imbalance allows “the government to act quickly to deal effectively with the crisis.”

A state of health emergency was declared on March 13, 2020, which allowed the government to increase its effectiveness in combating the COVID-19 pandemic. The measure was officially lifted on June 1 with the passage of Bill 28, but the legislative document allows the government to extend the exceptional powers granted by the state of health emergency for more than two years.

This report by The Canadian Press was first published in French on July 28, 2022.