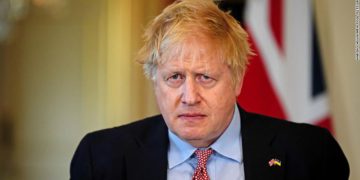 The police fines are confirmation that Johnson and Sunak broke Covid-19 laws created by their own government. 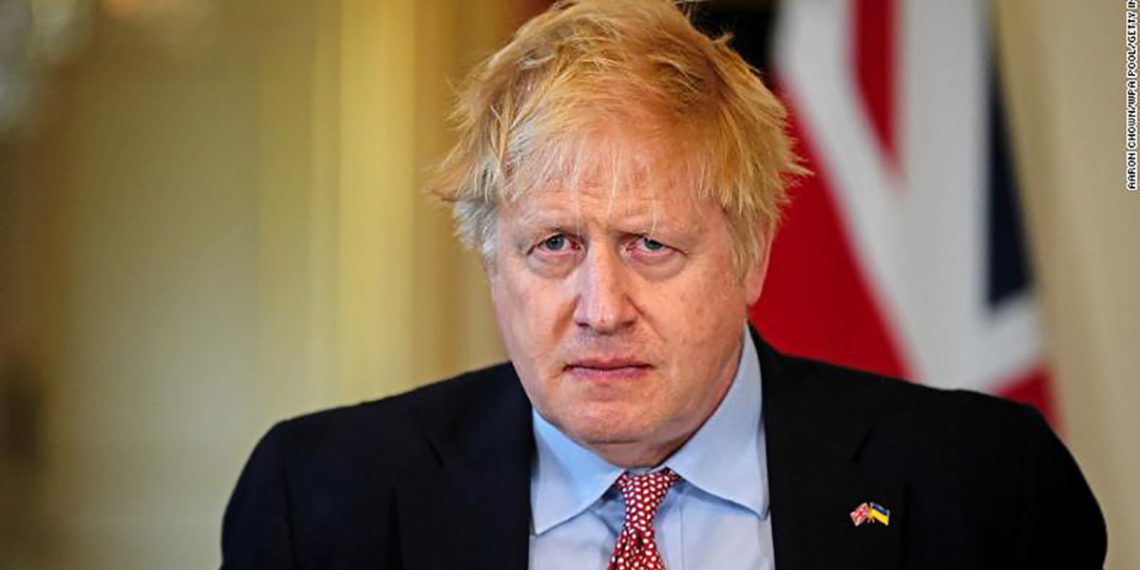 PHOTO: Supreme Court Justice Richard Wagner says he thinks the court's judges should reflect Canadian society, but he doesn't think the absence of a First Nations member prevents it from ruling fairly on such matters. (CBC)

London’s Metropolitan Police said earlier Tuesday they had issued more than 50 fines as part of their “Operation Hillman” investigation into gatherings held on government premises in Downing Street and Whitehall while the rest of the country was living under strict pandemic restrictions. Revelations of the parties sparked national outrage.
The police fines are confirmation that Johnson and Sunak broke Covid-19 laws created by their own government — even though the Prime Minister previously denied some parties were held and insisted all guidance was followed. The penalty makes Johnson the first sitting UK Prime Minister to be found guilty of breaking the law.
On Tuesday evening, Johnson apologized for breaching the lockdown rules, and said that he had paid the fine issued by the Metropolitan Police.
“Today I’ve received a fixed penalty notice from the Metropolitan Police relating to an event in Downing Street on the 19th of June 2020. Let me say immediately that I paid the fine and I once again offer a full apology,” Johnson said on Sky News. He did not specify the amount he was fined.
Sunak also apologized on Tuesday evening and said he paid the fine, saying in a statement reported by the PA Media news agency, “I deeply regret the frustration and anger caused and I am sorry.”
“I understand that for figures in public office, the rules must be applied stringently in order to maintain public confidence. I respect the decision that has been made,” Sunak said.
CNN affiliate ITV has previously reported that two gatherings were held to celebrate Johnson’s birthday: One attended by as many as 30 people, held at the cabinet office the afternoon of June 19, and another that evening hosted at Johnson’s residence and attended by family friends.
A source who worked in Downing Street at the time previously confirmed to CNN that the gathering took place on that day and that it was arranged by his wife Carrie, who led the singing of the happy birthday song.

The gathering was largely attended by what was deemed to be Johnson’s inner circle at the time, CNN understands.

No one knows what to do about Boris Johnson
Johnson told Sky News on Tuesday that he did not think he was breaking the lockdown rules when attending the gathering at his office that day.

“In all frankness at that time, it did not occur to me that this might have been a breach of the rules. But of course, the police have found otherwise, and I fully respect the outcome of their investigation,” he said.

Johnson added that he understood the response people might have to his actions, saying, “I understand the anger that many will feel that I myself fell short, when it came to observing the very rules which the government I lead had introduced to protect the public.”

He also offered his explanation of the day’s events, saying that among many “engagements on a day that happened to be my birthday, there was a brief gathering in the Cabinet Room shortly after 2pm lasting for less than 10 minutes, during which people I work with kindly passed on their good wishes.”

The so-called “Partygate” scandal, which emerged in late 2021, has sparked the most serious threat to Johnson’s premiership to date. Revelations that the Prime Minister attended several parties had already prompted furious calls for him to resign even before Tuesday’s announcement of a police fine.

Johnson’s handling of the scandal also sparked condemnation. The Prime Minister initially rebuffed allegations of illegal gatherings by saying there were no parties. When images from these gatherings started to appear in UK media, he said he didn’t know about them and that he was outraged. After another image emerged showing him and his wife allegedly attending one such party, he apologized, but said he thought he was attending “a work event.”

The police launched an investigation into the string of gatherings after a January report by senior civil servant Sue Gray, commissioned by the government, condemned “a serious failure” to observe the standards of government.

The Gray report said the police were investigating at least 12 events — including at least two Johnson attended, and a third held in his flat that he previously told lawmakers did not happen. The police said later it was investigating events taking place on eight separate dates between May 2020 and April 2021.

The Met said in a statement it was given more than 300 photos and 500 pages of information to review during the investigations.
The campaign group Covid-19 Bereaved Families for Justice UK called on Johnson and Sunak to resign, describing their behavior as “truly shameles.”

In a series of tweets on Tuesday, the group, said, “After everything it’s still unbelievably painful that @BorisJohnson was partying & breaking his own lockdown rules, while we were unable to be at loved ones’ sides in their dying moments, or in miserable funerals with only a handful of people.”

“We were following the rules. The fact that @BorisJohnson and @RishiSunak then lied about it, and would have continued to do so if the police hadn’t intervened, is truly shameless. They broke the law. But even worse, they took us all for mugs. When we met the PM in the @downingstreet garden — the same one where they had these parties — he looked us in the eyes and said he had done everything he could to save our loved ones. We now know that that was a lie.”

Main opposition Labour party leader Keir Starmer also immediately demanded that Johnson and Sunak step down. “Boris Johnson and Rishi Sunak have broken the law and repeatedly lied to the British public. They must both resign. The Conservatives are totally unfit to govern. Britain deserves better,” Starmer tweeted.

Scotland’s First Minister Nicola Sturgeon also called for Johnson to resign.
“Boris Johnson must resign. He broke the law and repeatedly lied to parliament about it. The basic values of integrity and decency — essential to the proper working of any parliamentary democracy — demand that he go. And he should take his out of touch chancellor with him,” she said on Twitter.

On Tuesday, Johnson avoided the topic of resigning, instead saying, “As I said, just now I want to be able to get on and deliver the mandate that I have,” adding that his priority was to “get on with delivering for the people in this country.” “Of course, I take full responsibility for everything” he said, adding that he “couldn’t be everywhere at once.”

London mayor Sadiq Khan also called for Johnson to quit, saying “a Prime Minister who breaks the laws his Government makes and then lies about it isn’t fit for office.”
“Families made huge sacrifices and obeyed the law. Many said their last goodbyes to loved ones on the phone while the Prime Minister partied,” Khan added in a statement on Facebook.
According to ministerial rules, if a government minister breaches the ministerial code, it is expected that they should resign from their job. The code includes the “overarching duty” of ministers to comply with the law.
The Met Police said the investigation into illegal gatherings in Downing Street continues.