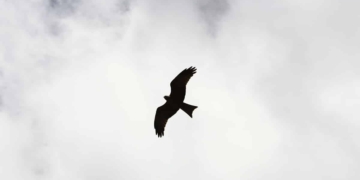 The courts have interpreted and applied sections 1 and 2 of the Charter, including in the case of Occupy Toronto in 2011. 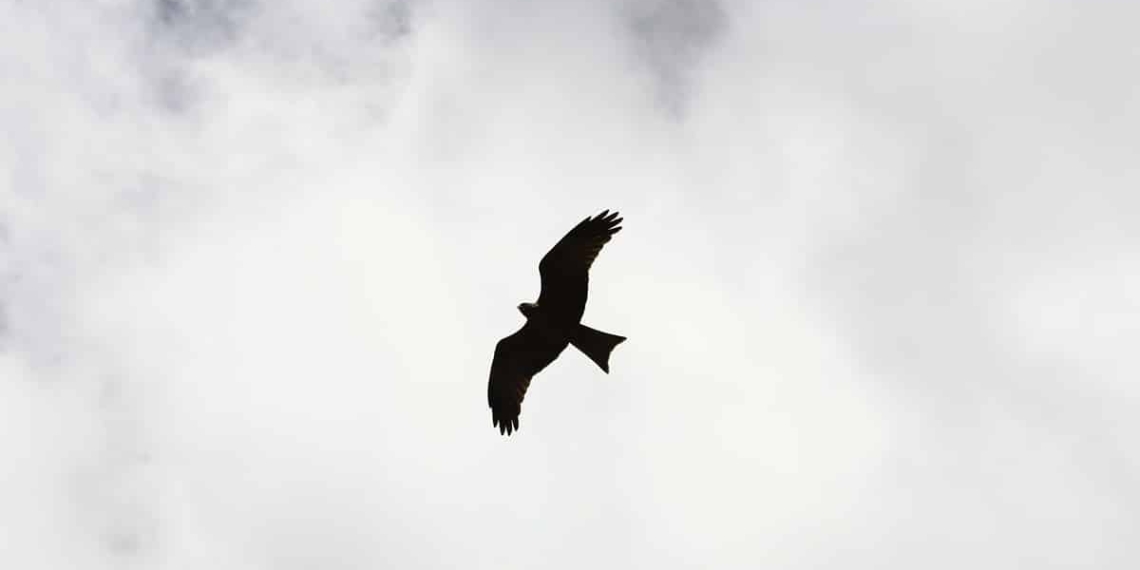 In Canada, when the courts are asked to interpret and apply the Charter in a particular situation, they use the following analysis:

In the context of a 2011 protest during “Occupy Toronto” in Batty v City of Toronto (Batty), Ontario Justice DM Brown stated:

[2] …Canada has not chosen anarchism. Instead, when we collectively adopted the Charter some 30 years ago, we embraced, in a constitutional way, a political philosophy which places great emphasis on the liberty of the individual — as can be seen from the various rights and freedoms set out in ss. 2 through 15 of the Charter — while at the same time reiterating that those rights and freedoms are not absolute. Indeed, the first section of our Charter reminds us that individual action must always be alive to its effect on other members of the community: it states that limits can be placed on individual action as long as they are ‘reasonable limits prescribed by law as can be demonstrably justified in a free and democratic society’. [underlining added]

In Batty, protesters had been camping in a public park in downtown Toronto as part of the “Occupy Toronto” movement for a month. The City served them with a notice under the Trespass to Property Act stating that, “in accordance with the City’s Parks By-law, they were prohibited from installing, erecting or maintaining a tent, shelter or other structure in the park and from using, entering or gathering in the park from 12:01 a.m. to 5:30 a.m.” (Batty, para 4). The applicants challenged the validity of the Trespass Notice, claiming it violated their rights under section 2 of the Charter.

Section 2 of the Charter

Section 2 of the Charter reads:

In Batty, the Applicants argued their freedoms were violated as follows (para 56):

(a) Section 2(a) — Freedom of Conscience

Ejection from the park and the disbanding of the encampment infringes the Applicant’s freedom of conscience by limiting their freedom to express and enact their political beliefs. The Applicants believe that the act of ‘occupying’ a space is central to their commitments to solidarity, community, and democracy. Their organization of the physical space of the encampment and the social organization of the community of protesters is a mechanism through which the Applicants and fellow protesters practice direct democracy and consensus- based decision making.

The encampment and its activities are an exercise of the Applicants’ and fellow protesters’ conscience and political beliefs. The Notice under the Trespass to Property Act and any government action taken to enforce that Notice substantially interfere with the Applicants’ and fellow protesters’ freedom of political belief and conscience.

(b) Section 2(b) — Freedom of Expression

Ejection from the park and the disbanding of the encampment infringes the Applicants’ freedom of expression by denying the Applicants and fellow protesters at St. James Park an essential means by which to convey their message. The physical act of ‘occupying’ a space is central to the message being communicated by the Applicants and fellow protesters. If they are denied the opportunity to ‘occupy’ St. James Park because of the Notice under the Trespass to Property Act and any government action taken to enforce that Notice, the protesters will be inhibited in their ability to convey information and raise awareness about their social concerns.

The applicants are engaged in a prolonged protest which involves various forms of protected expression. Further, the actual encampment at St. James Park is a physical act that conveys or is attempting to convey meaning to … members of Canadian society. Both the protest and the encampment are intended to convey various messages, including messages about the disproportionate distribution of wealth in society and about democracy.

Protesting and picketing are forms of expression which are highly protected by s. 2(b) of the Charter. The Supreme Court of Canada has recognized that the forms of expression that are protected by s. 2(b) are infinitely varied and can include the written or spoken word, the arts, and even physical gestures or acts. The Supreme Court has recognized that even the physical act of parking a vehicle might constitute protected expression if the vehicle was parked in an attempt to convey a meaning. The Applicants’ and fellow protesters’ encampment is a form of political expression which should be sedulously protected by the Court.

Ejection from the park and the disbanding of the encampment infringes the Applicant’s freedom of association, by preventing them from working collectively to understand and resolve the confounding social and political problems we all face. The encampment is Occupy Toronto’s primary site for collective action, solidarity, community, debate and discussion towards such understanding and resolution. The Notice under the Trespass to Property Act and any government action taken to enforce it directly inhibit the Applicants right to associate by disrupting their structures of collective organization and substantially interfering with their ability to work together toward common goals.

Section 1 of the Charter

Section 1 of the Charter reads as follows:

1. The Canadian Charter of Rights and Freedoms guarantees the rights and freedoms set out in it subject only to such reasonable limits prescribed by law as can be demonstrably justified in a free and democratic society. [underlining added]

To establish that a limit is reasonable and demonstrably justified in a free and democratic society, two central criteria must be satisfied. First, the objective, which the measures responsible for a limit on a Charter right or freedom are designed to serve, must be ‘of sufficient importance to warrant overriding a constitutionally protected right or freedom.’  R. v. Big M Drug Mart Ltd., 1985 … The standard must be high to ensure that objectives that are trivial or discordant with the principles integral to a free and democratic society do not gain s. 1 protection. It is necessary, at a minimum, that an objective relate to concerns which are pressing and substantial in a free and democratic society before it can be characterized as sufficiently important.

Second, once a sufficiently significant objective is recognized, then the party invoking s. 1 must show that the means chosen are reasonable and demonstrably justified. This involves ‘a form of proportionality test’: R. v. Big M Drug Mart Ltd. … Although the nature of the proportionality test will vary depending on the circumstances, in each case courts will be required to balance the interests of society with those of individuals and groups. There are, in my view, three important components of a proportionality test. First, the measures adopted must be carefully designed to achieve the objective in question. They must not be arbitrary, unfair or based on irrational considerations. In short, they must be rationally connected to the objective. Second, the means, even if rationally connected to the objective in this first sense, should impair ‘as little as possible’ the right or freedom in question: R. v. Big M Drug Mart Ltd., … Third, there must be a proportionality between the effects of the measures which are responsible for limiting the Charter right or freedom, and the objective which has been identified as of ‘sufficient importance’. [emphasis added]

The third aspect of the proportionality test was later expanded upon by the Supreme Court of Canada in the 1994 case of Dagenais v Canadian Broadcasting Corp (at para 888):

[T]his Court has recognized that in appropriate cases it is necessary to measure the actual salutary effects of impugned legislation against its deleterious effects, rather than merely considering the proportionality of the objective itself.

Applying the Oakes test in Batty, Justice Brown found that the regulation of structures in public parks and the use of parks during midnight hours is a pressing and substantial objective (para 96) since “without some balancing of what people can and cannot do in parks, chaos would reign; parks would become battlegrounds of competing uses, rather than oases of tranquility in the concrete jungle” (para 91). Further, the measures chosen were rationally connected to the objective since they simply asked “one group of the public to let go of their monopoly over the use of the Park and share [it] with other people in Toronto” (para 97).

Next, the measures were found to impair the guaranteed freedom as little as possible. The Court accepted that the encampment of the park was an integral element of the message being conveyed as a manifestation of a political commitment to a horizontally democratic, grassroots process (para 8). Justice Brown quoted the affidavit of the applicants which described the encampment as a “symbol of the evolution of humans from the nationalist rhetoric of our forefathers, to a true unification of all humankind” (para 36). The Court held that compliance with the trespass notice entailed minimal impairment because it did not amount to a total eviction of the protesters from the park (para 122).

Finally, the court found there was adequate proportionality between the deleterious and salutary effects of the measure (para 123). This conclusion was supported by a description of the negative effects of the encampment on the serene park grounds (“the occupied areas are largely covered with grass and are gently undulating. They are also well treed, with mature trees”) (para 26) and affidavits of residents and nearby business owners. Thus, the conditions imposed on the protest struck the appropriate balance relating to private expression in public places and were thus “reasonable limits prescribed by law as can be demonstrably justified in a free and democratic society”. (See: “Freedom of Expression, the ‘Occupy’ Movement, and the Dismantling of Tents: A Case Comment on Batty v City of Toronto” Marina Chernenko – The Court, 2014).

Hopefully, this summary of the Batty case demonstrates that while Canadian courts will widely protect Canadians’ freedoms, they must also allow the government to impose reasonable limits when individuals exercising freedoms adversely affect other members of the community. Thus, freedom in Canada is not an absolute right.