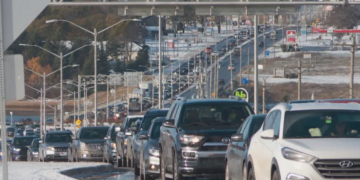 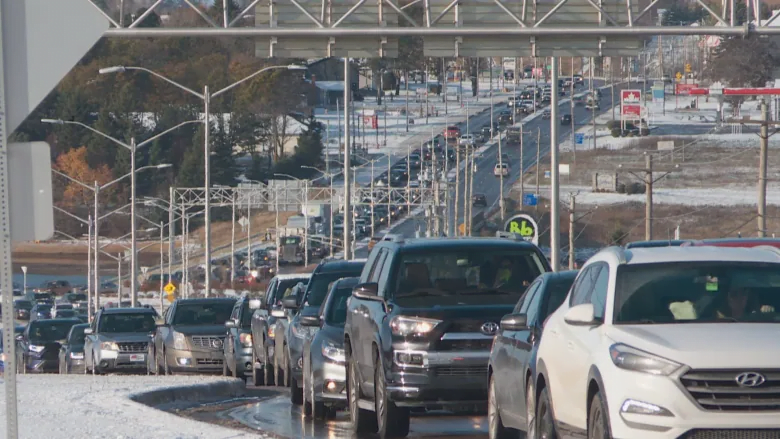 While most Canadians can get their vehicle fixed wherever they want these days, some independent shop owners worry they may be left behind by new cars capable of transmitting information directly to manufacturers and limiting access to key diagnostic data.

It’s nearly closing time at AutoNiche in Markham, Ont., but technicians are still hard at work on a repair for the owner of a small sedan.

Like a lot of auto repair shops, there are tire-changing machines, compressors and an alignment rack. A sign of the times, owner Emily Chung also added a charging station for plug-in vehicles.

Looking into that same future, Chung says she sees the need for something else: legislation that ensures businesses like hers can keep doing those repairs well down the road.

While most Canadians can get their vehicle fixed wherever they want these days, she worries that independent shops could be left behind by new cars — linked wirelessly to manufacturers — capable of limiting access to data that helps technicians diagnose and fix a problem.

“If we don’t have access to the information, then it makes it more difficult for us to be able to solve their [the customer’s] problem,” said Chung, who is concerned about the long-term viability of shops like hers.

Canadian politicians can expect to hear similar arguments in the months ahead as the discussion about “right-to-repair” legislation appears set to gather steam in Ottawa.

Right-to-repair issues aren’t new, but they’ve gained prominence as more of the products people buy — from smartphones to dishwashers to farm equipment — become increasingly sophisticated and integrated with computers.

It’s something lawmakers around the world are grappling with as they weigh consumers’ expectations and manufacturers’ warnings of the impact on their businesses, as well as people’s safety and privacy.

The push for legislation

With MPs expected to return to the House of Commons this fall, some advocates for the automotive aftermarket are poised to again push for laws they say are important for consumers and independent repair shops.

It could set up a debate over whether an 11-year-old agreement struck with Canadian automakers  — a commitment to voluntarily share service and repair information with the aftermarket industry — still works as intended in a new era of connected smart vehicles.

When the Canadian Automotive Service Information Standard, or CASIS, launched in 2010, it was responding to independent garage owners who were concerned that they sometimes had to send clients to dealers because they lacked information needed to fix vehicles, such as computer codes for small sensors or training to make certain repairs.

Under CASIS, manufacturers who signed on agreed to share service and repair information with the aftermarket sector on a level equivalent to that of authorized dealers.

“That opened up the access to tools, training and service information from manufacturers to the aftermarket industry, and with that, it was great,” said Matt Carpenter, an automotive instructor at the Southern Alberta Institute of Technology in Calgary.

Carpenter said manufacturers charge “a reasonable amount” of money for access to this information, however, leading a lot of aftermarket shops to focus on two or three brands rather than having a blanket ability to repair all vehicles.

A decade of change

But the last decade has seen some big changes.

Connected vehicles have become more like rolling computers, using telematics technology — which is capable of sharing data directly with manufacturers and helping to improve such things as performance and safety.

According to a national aftermarket industry association, these advancements mean some of the information that independent repair shops have traditionally relied on finding in the vehicles might now be hosted distantly on manufacturers’ servers.

“Up until not that long ago, really, the repairer had direct access to the vehicle and all of the onboard information,” said Jean-François Champagne, president of the Automotive Industries Association of Canada (AIA), which represents companies that make, distribute and install automotive replacement parts, accessories, tools and equipment.

“Nowadays, this information is no longer in the vehicle but hosted into the manufacturer’s servers, and that information is critical for an aftermarket shop to be able to fix a car.”

Champagne points to luxury automakers as some of the most challenging to get access from, but he’s concerned about the problem creeping into other brands as well if left unchecked. He says right-to-repair legislation is needed and the AIA will renew its calls for that this fall.

“We’re going to continue to be very active in front of government,” he said.

In Ottawa, a pair of bills closely followed by the right-to-repair movement were working their way through Parliament but met a dead end with the federal election call.

Bill C-11, the Digital Charter Implementation Act, proposed to give Canadians greater control over their online data and levied heavy penalties for companies that breach privacy.

Separately, a private member’s bill aimed to create a limited allowance for consumers to bypass digital locks without violating the Copyright Act — but only for diagnosis, maintenance or repair.

Time will tell what will be resurrected in the next session of Parliament.

The Alliance for Automotive Innovation, which represents most U.S. automakers, is suing the state and arguing that the new law drives up manufacturers’ costs and endangers car owners’ privacy through data on their vehicles.

The industry in Canada also sees issues with the Massachusetts legislation.

“When you see those types of [legislation] that are trying to open up, for example, privacy issues, it has to be considered in the context of the existing protections that are there for Canadians — not just for safety reasons, but for environmental and privacy reasons,” said Brian Kingston, president and CEO of the Canadian Vehicle Manufacturers’ Association.

Kingston said CASIS is co-operative and voluntary, and it continues to give consumers the ability to choose where they want to repair their vehicle.

“We actually think it’s a good model and something that other industries can look at as they contemplate things like right-to-repair legislation,” said Kingston, whose group represents Ford, General Motors and Stellantis.

“CASIS operates a site that directs independent repair shops to guides on how to repair, and all of the tools and the training that’s required to make repairs. And those are constantly updated,” he said.

Dealerships are sure to be watching developments.

Lawrence Romanosky, who managed luxury car dealerships for two decades in Calgary, said roughly 30 per cent of income at a dealership comes in from the service department.

“To get a dealer franchise, the manufacturer insists on the dealer spending anywhere from $10 million or $20 million for the facility,” he said.

“When the manufacturer has the data for all of the cars in the field — and the millions of kilometres that are put on them — there’s regular updates and improvements that are made at the dealer level.

“It wouldn’t be practical, I don’t think, for the manufacturer to make that open to everybody.”

David Adams, president and CEO of the Global Automakers of Canada, which represents the likes of Honda and Toyota, said CASIS has worked well and believes issues can be addressed through ongoing discussion.

“Ten years is a long time, so there’s been a lot of evolution in the vehicle since then,” he said.

“Let’s start and have a chat and figure out again whether CASIS is a tool that can be sort of expanded, I guess, to envelop telematics, so we don’t have to deal with this through legislative or regulatory initiative.”

Back at her garage in Markham, Chung said the reality is there’s nothing to force manufacturers to release any kind of information. It’s not a situation that affects her business day-to-day right now, but she believes now is the time to get to work on legislation.

“What we’re trying to do is make sure that the law is changed so that when we get to that point in time … we’re not stuck with this limited choice for our consumers,” Chung said.